Fact Check: Video Being Shared on Social Media Claiming to be of US Drone Strike That Killed Qassem Soleimani is A Video Game Clip 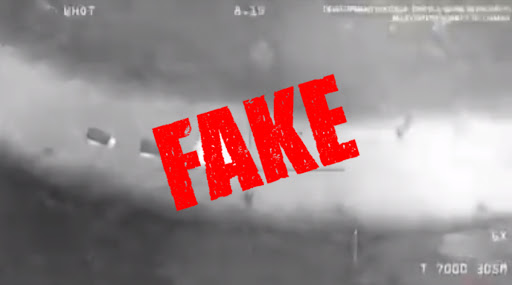 A video clip is going viral which claims to be footage from a US drone strike that killed Iranian General Qassem Soleimani. Netizens are widely sharing the video on social media. The clip is, however, fake as it is from a video game titled ''AC-130 Gunship Simulator: Special Ops Squadron'.

The viral video clip claiming 'Soleimani' end' shows an aerial image of bullets being fired on a convoy of vehicles, with cars exploding one after the other. A cavalcade of cars is under attack and a male voice describes the shootout saying all vehicles are destroyed with direct hits. Later in the video, escapees can be seen fleeing from the spot. Iran President Hassan Rouhani Warns US of Consequences Over Qasem Soleimani's Killing in Airstrike.

The video has an infrared camera look and the frame shifts from a long shot to a close-up of a few vehicles. A few numbers appear all over the video and bullets can be heard being fired in the background. The video even though looks original but is fake.

The killing of top Iranian General Qassem Soleimani in an American airstrike has increased tensions between the Middle East and the US,  and even raising the spectre of another world war. Soleimani was the head of the elite Quds Force and considered as the second most powerful man after Iran’s supreme leader Ali Khamenei.

A video clip is going viral which claims to be footage from a drone strike that killed Iranian General Qassem Soleimani.

The clip is fake as it is from a video game titled 'AC-130 Gunship Simulator: Special Ops Squadron'. .