St.George was a devout Christian in a Rome which was ruled by an Anti-Christain emperor, because of his refusal to bow down to Roman gods, he was tortured for many years and was beheaded in 303 AD. April 23 is a celebration of St. Georges's heroism and his teachings. Here are some messages that you can send to your family and friends.

St. George’s Day is celebrated annually on the 23rd of April and is generally acknowledged as the day of St.George’s Death. St.George served in the Roman army as a cavalryman at Lydda, which is now in Israel. He was a devout Christian in a Rome which was ruled by an Anti-Christain emperor, because of his refusal to bow down to Roman gods, he was tortured for many years and was beheaded in 303 AD. The day is observed as National Day in England even though there are no public holidays declared on this day there. This day is a celebration of St. Georges's heroism and his teachings. Here is a collection of St.George’s Day 2022 Messages, St.George’s Day 2022 HD Images, and St.George’s Day 2022 SMS to share with loved ones on this profound day.

Whatsapp Message Reads Let Us Remember And Pay Respect to an Inspiring Roman Soldier Who Stood Firm in His Belief in Christianity on the Occasion of St. George’s Day 2022.

Facebook Status Reads On the Eve of St. George’s Day, Let Us Remember and Try to Take Motivation From His Life As He Was Not Only the Saint but Also a Symbol of English Bravery.

Facebook Message Reads St. George’s Day 2022. Today Is the Day to Remember That We Are All Englishmen and We Are Proud to Be Born as One. 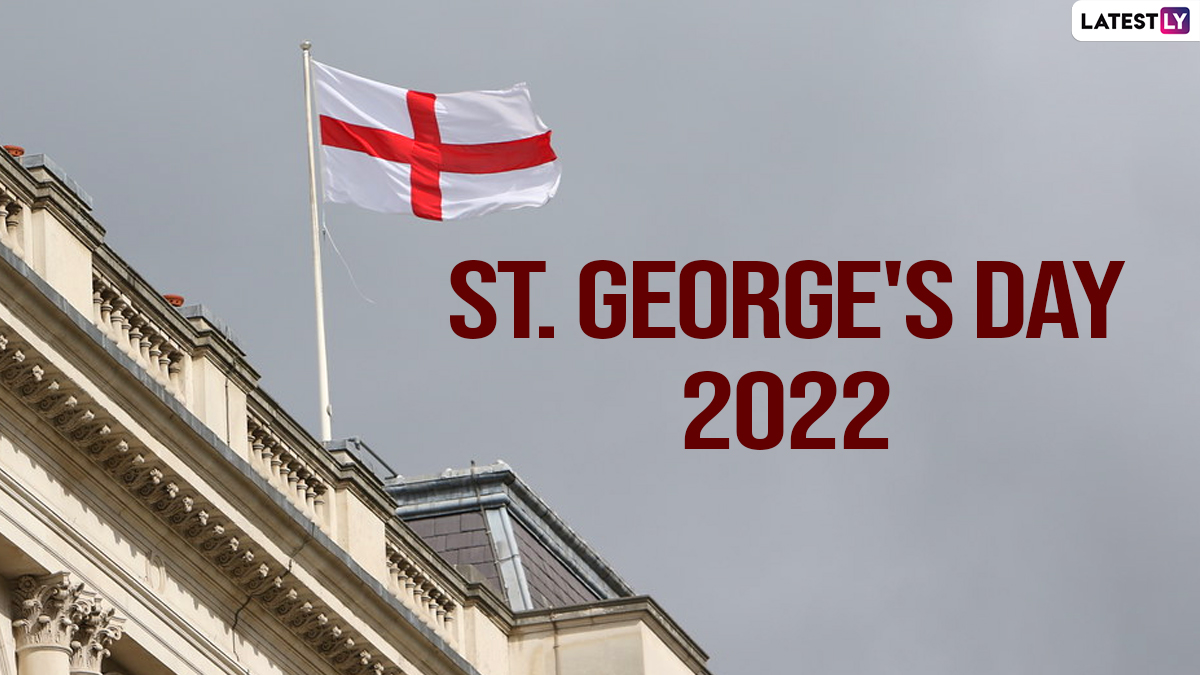 SMS Reads We Know St. George as a Soldier Who Laid Down His Life for What He Believed.

Whatsapp Status Reads May the Righteousness of Saint George Continue to Admire Us and Make Us Feel Extremely Proud to Be Englishmen.