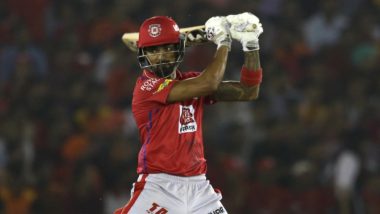 The dates for the IPL 2020 have been announced by the IPL Chairman Brijesh Patel. The 13th edition of the Indian Premier League will begin from September 2019 and will end on November 8, 2020. The IPL 2020 is all set to happen in UAE. Ever since the dates of the cash-rich league have been announced, the IPL franchises have been dropping minor hints about how they are looking forward to the tournament to happen soon. Now ahead of IPL 2020, the official account of Kings XI Punjab said that they were missing their supporters and asked the fans to stay tuned to the page. IPL 2020 Player Update: Chris Gayle to Join Kings XI Punjab Squad Early in Dubai?

The Kings XI Punjab have never won an IPL title and this would be an ideal opportunity for the team to turn the tables around. In this season, they have even roped in India’s stylish opener KL Rahul as their new captain after his terrific form in the IPL 2019. According to the reports, like Chennai Super Kings, Kings XI Punjab could also leave for UAE a little earlier than expected. Now let's have a look at the post by KXIP below:

It's been a long day without you our friends, and we'll tell you all about it when we see you again...🎶 #SaddaPunjab #SaddeFans

Even their star batsman Chris Gayle is expected to join the squad a little earlier. The teams have been asked to leave for UAE by August 20, 2020. The BCCI is expected to meet the IPL franchises on August 1 and chalk out the further plans too.

(The above story first appeared on LatestLY on Jul 29, 2020 05:29 PM IST. For more news and updates on politics, world, sports, entertainment and lifestyle, log on to our website latestly.com).