Love Is in the Air! MS Dhoni and Sakshi Rawat’s Old Video Will Melt Your Heart, Check Out Captain Cool’s Cute Instagram Post 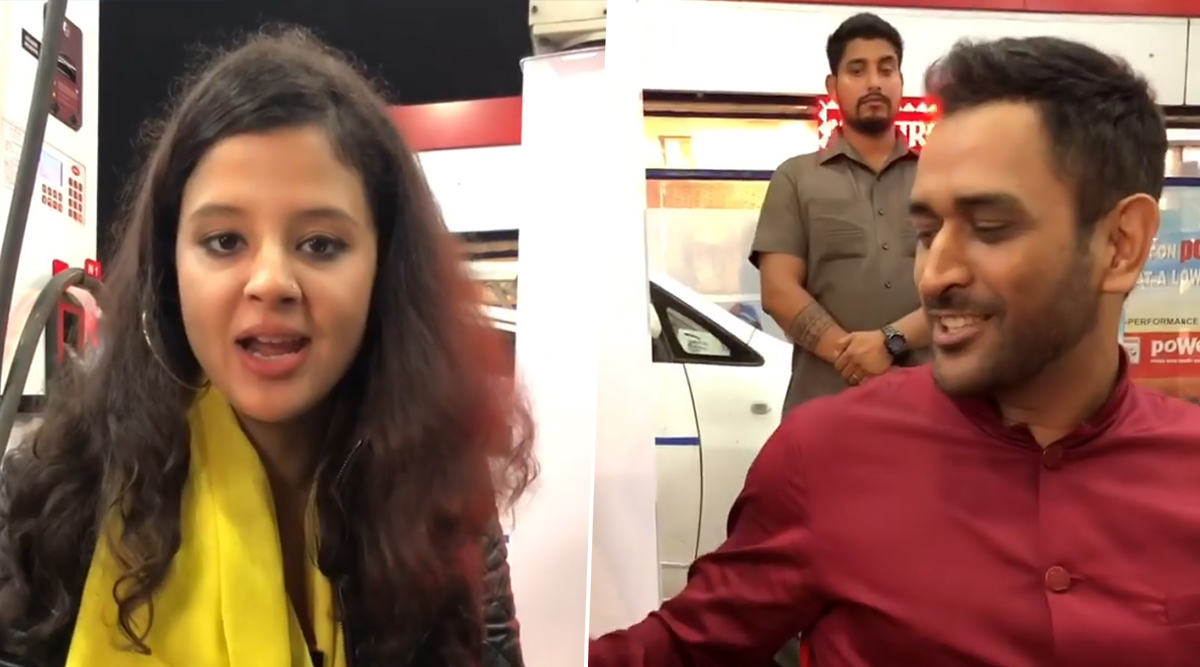 Mahendra Singh Dhoni shared a cute video of his wife Sakshi Dhoni on Instagram on Monday (December 16). The former Indian cricket captain shared an old video of his ladylove Sakshi. She was rehearsing a dialogue while doing an advertisement for a payment card. However, Sakshi could not read the dialogue properly over which Mahendra Singh Dhoni took a dig at her. MS has shared a post on Instagram after quite a long time. Netizens were delighted to see MS Dhoni making a comeback on social media. However, his comeback in Indian cricket team is still awaited. MS Dhoni’s Funny Speech on His Relationship With Wife Sakshi Will Make You Go ROFL, Indian Wicketkeeper says 'Men Are Like Lion Until They Get Married’ (Watch Video).

“Blast from the past. when u turn the table and ask the director to deliver the dialogue specially when she keeps saying such an easy dialogue u shd do it in one take. time flies this was more than an Year back”, MS Dhoni captioned the video relieving his cute memory with his wife Sakshi Rawat. While Sakshi’s friends can be seen motivating her to speak the dialogue, MS Dhoni could be heard taking a dig at her. "Dekh ke padh nahi paa rahi ho deliver kaise krongi”, Dhoni said in the video. Have a look MS Dhoni and Sakshi Rawat’s video below.

Love is in The Air!

Blast from the past.when u turn the table and ask the director to deliver the dialogue specially when she keeps saying such an easy dialogue u shd do it in one take.time flies this was more than an Year back.

MS Dhoni’s has not played a single international cricket match since ICC Cricket World Cup 2019. The Indian cricketer made himself unavailable for India’s tour of West Indies 2019, India vs South Africa 2019 Series, India vs Bangladesh 2019 Series and the ongoing IND vs WI Series 2019. Fans are eager to see him play on the field but Dhoni has no plans for the same at present. MS Dhoni Will Be There at ICC T20 World Cup 2020, Says Dwayne Bravo.

Meanwhile, MS Dhoni is expected to make comeback in Asia XI vs Rest of the World XI match. The T20I games are going to be hosted by Bangladesh in March 2020. Recently, when MS Dhoni was approached by media over his comeback in the Indian team, he asked them not to question him about the same till January 2020.