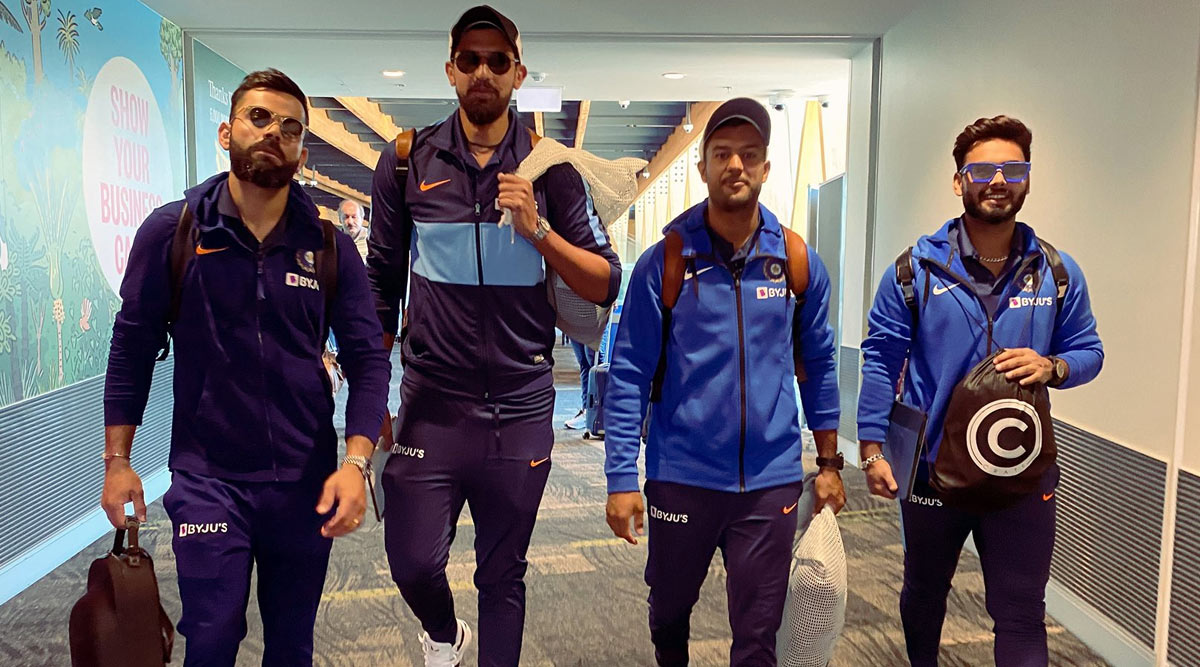 India faced a humiliating 10-wicket loss in the first Test against New Zealand and faced a lot of criticism for their mediocre performance. The Virat-Kohli led side was outplayed in all the three departments and hence, gave the match to the Kiwis in the first session of Day 4. Nevertheless, Mayank Agarwal was certainly one of the shining light for the visitors as he displayed great temperament and scored fifty in the third innings. Ahead of the 2nd Test at the Hagley Oval in Christchurch, the opener took to his Twitter page and shared a picture with skipper Virat Kohli, Ishant Sharma and Rishabh Pant. However, the posts didn’t go down well with the Indian cricket fans as they based the Indian side for ‘posing’ instead of practising. New Zealand Skipper Kane Williamson Says Was Outstanding to Beat 'Strong' Indian Side.

“Straight outta Wellington,” read the caption of snap shared by Mayank Agarwal on the micro-blogging website. The post didn’t take long in getting filled with comments as fans slammed the Indian team. Well, India is certainly a cricket-crazy nation and hence, the national side receives a lot of praises when they perform well and exactly opposite happens if they fail to deliver. The only way Virat Kohli and Co can redeem themselves is by putting up an improved show at Christchurch. Meanwhile, let’s look at how Twitterati reacted on Agarwal’s Twitter post.

Actually its not about win...win or losss they will get sufficient money thr IPL..its their honeymoon trip in Free of cost..so dude pls let them enjoy...what if they whitewash in test again..they r all shameless fellow..farak nehi parta hain yeh logoko..ghanta ka no 1 team!!

You guys just got embarrassed in the first test... perhaps lay low off the social media for a while?

The previous loss was India’s first defeat in the ongoing ICC World Test Championship and they will aim to get back to the winning ways. Skipper Virat Kohli himself has struggled throughout the New Zealand tour but still has a chance to leave a mark in the last game and the number-one ranked ODI and Test batsman must leave no stones unturned in doing so.