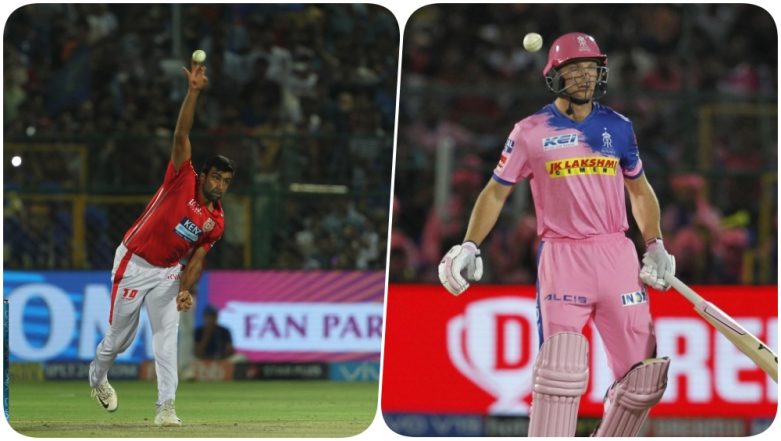 The mankading incident between Ravichandran Ashwin and Jos Buttler that happened during Rajasthan Royals and Kings XI Punjab, IPL 2019 at the Sawai Mansingh Stadium in Jaipur left a bitter taste in the mouth of the fans and several others. It was in the 12.4 over that the incident took place and Jos Buttler left the ground fuming. The incident has even divided the cricketing fraternity as one of them defended Ashwin for his action, whereas the others including Kevin Pietersen and Michael Vaughan slammed the off-spinner. KXIP beat RR by 14 runs.

Murali Karthik got into an argument with Michael Vaughan and Kevin Pietersen about the incident on Twitter. Vaughan and Pietersen went on to slam the Kings XI Punjab skipper for the act, Murali Karthik defended Ashwin. RR vs KXIP, IPL 2019 Stat Highlights: KXIP Wins by 14 Runs, As Skipper R Ashwin Mankads Jos Buttler (Watch Video).

Am sorry Michael with all due respect does the wicket keeper ask the same question when u stump him by one millimeter or a million miles or when he loses his balance on the leg side.. Pls don't validate something which is wrong🙏 https://t.co/EUH3n8XdGA

Here’s the spat with Pietersen.

Surprising to see its only the English people crying foul.. MCC IS IN YOUR COUNTRY.. Go change it.. Batsman warned or not warned David are not supposed to leave the crease.. Don't vindicate STEALING as that's what it is plain and simple.. Keep crying till the cows come home https://t.co/OD6u7WRiYZ

Paddy Upton, the head coach of Rajasthan Royals said, “We'll leave it to the fans and cricket world to judge #Ashwin's actions."

"My actions were within cricket's rules, can't be called unsporting."

After the match, Rajasthan Royals skipper Ajinkya Rahane said, “We are not supposed to comment on a controversial issue. The match referee will take the call. We will take the decision sportively." Talking about the game, Kings XI Punjab won the game by 14 runs.