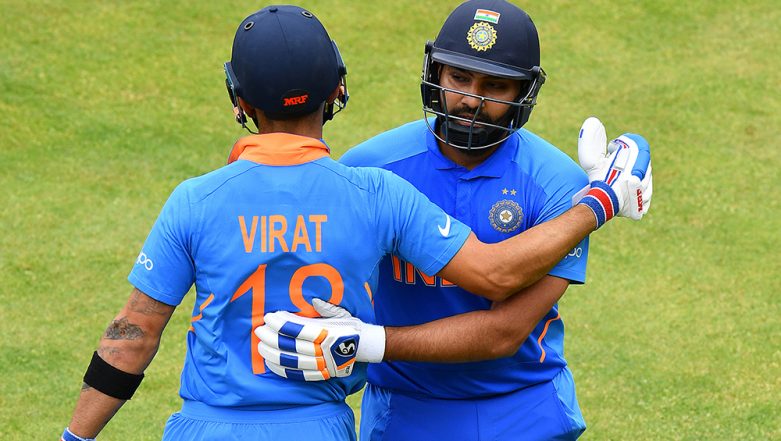 Ever since the Indian team suffered ouster in World Cup 2019 semi-final against New Zealand, there have been talks about the problem areas for the Virat Kohli and company. One of such issues that came to the forefront was the captainship. Although Virat Kohli is doing great for Indian cricket as a captain in all the three formats, BCCI has plans of introducing split captaincy for the Indian team. Sachin Tendulkar Dream XI After CWC 2019 Includes Rohit Sharma, Virat Kohli; Master Blaster Goes For NZ Skipper Kane Williamson As Captain.

A BCCI official was earlier quoted by IANS as saying that Rohit Sharma can be chosen to lead the Indian team in ODIs and T20s, while Kohli will lead the team in Tests. The split captaincy has worked in favour of many teams before. Earlier, MS Dhoni and Kohli shared captaincy between them. At one moment, Dhoni used to command the ODI and T20 teams, while Kohli was the leader of the Test team. Likewise, BCCI may opt for the split captaincy approach again in Indian cricket and talks over the matter are currently ongoing. ICC T20 World Cup 2020: MS Dhoni to Dinesh Karthik, 5 Indian Players Who May Not Be Part of Team India Squad For Next Edition of Twenty20 World Cup.

A review meeting is soon to be taken up by the Committee of Administrators (CoA) to assess the team India’s performance in World Cup 2019. It is likely that the plan of split captaincy would also be discussed during the meeting. Sharma is the vice-captain of the Indian team at present. In IPL tournaments, he is the skipper of Mumbai Indians, which is the most successful team in IPL tournaments so far.