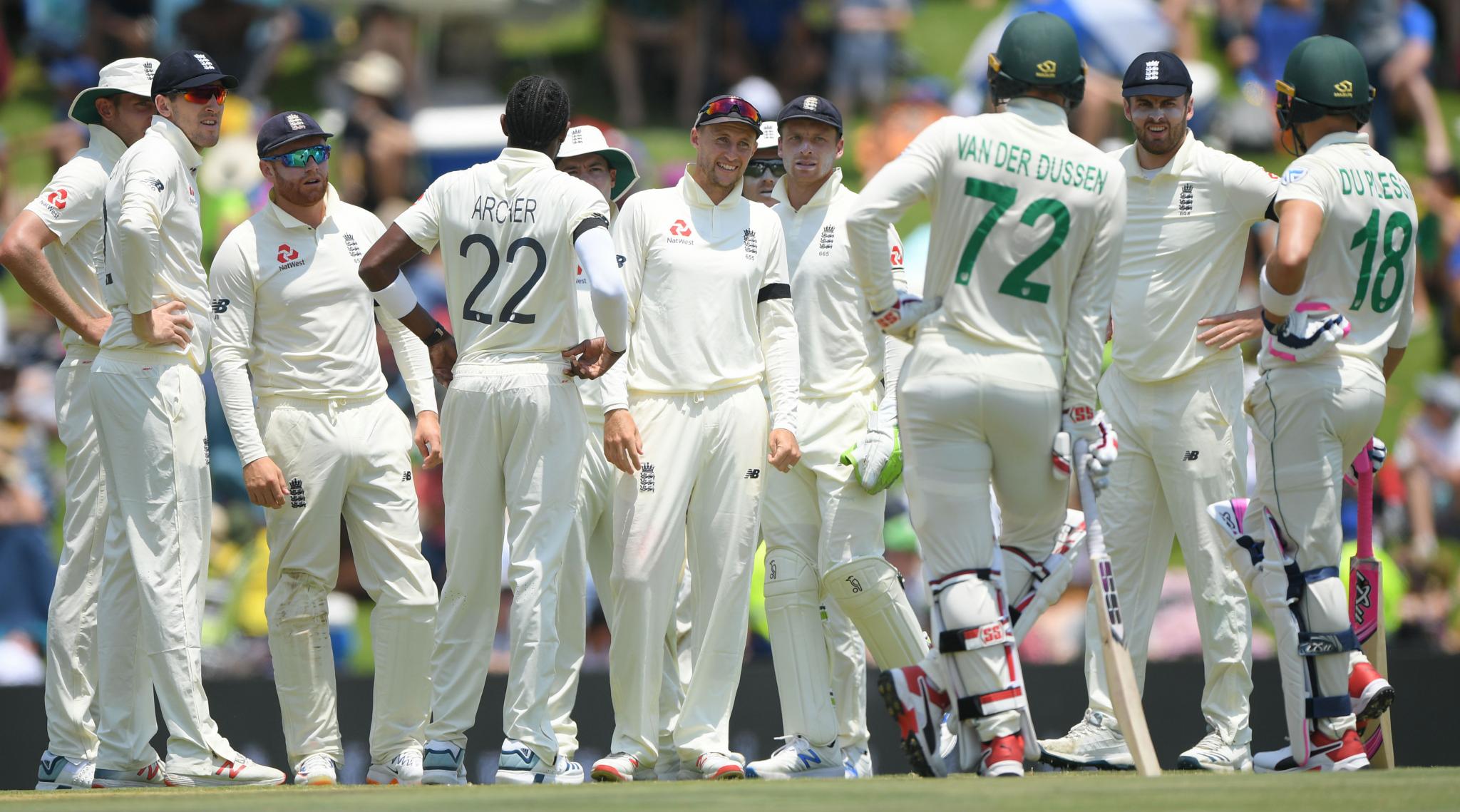 Centurion, December 26: A photographer working for news agency AFP got injured in front of the sight screen and caused a delay to the start of South Africa's first Test against England here on Thursday. South Africa Vs England, Cricket Score 1st Test Match.

Christiaan Kotze was on assignment for Agence France-Presse (AFP) when he tripped on the boundary line fence and lost his footing on a slippery pitch cover. He was writhing in pain and was diagnosed with badly-sprained right knee ligaments and needed medical treatment on the spot before he was carried away on a stretcher, a report on AFP said.

Kotze's wife Catherine helped him with his ground level camera. After treatment, he went to the press box.

"I hope I didn't cause Dean Elgar to lose concentration," he was quoted as saying. "But when I was limping past some English guys they thanked me for the wicket."

The start of the match was delayed by a few minutes and South Africa opener Dean Elgar was out first ball to James Anderson, playing down the leg side to be caught behind.