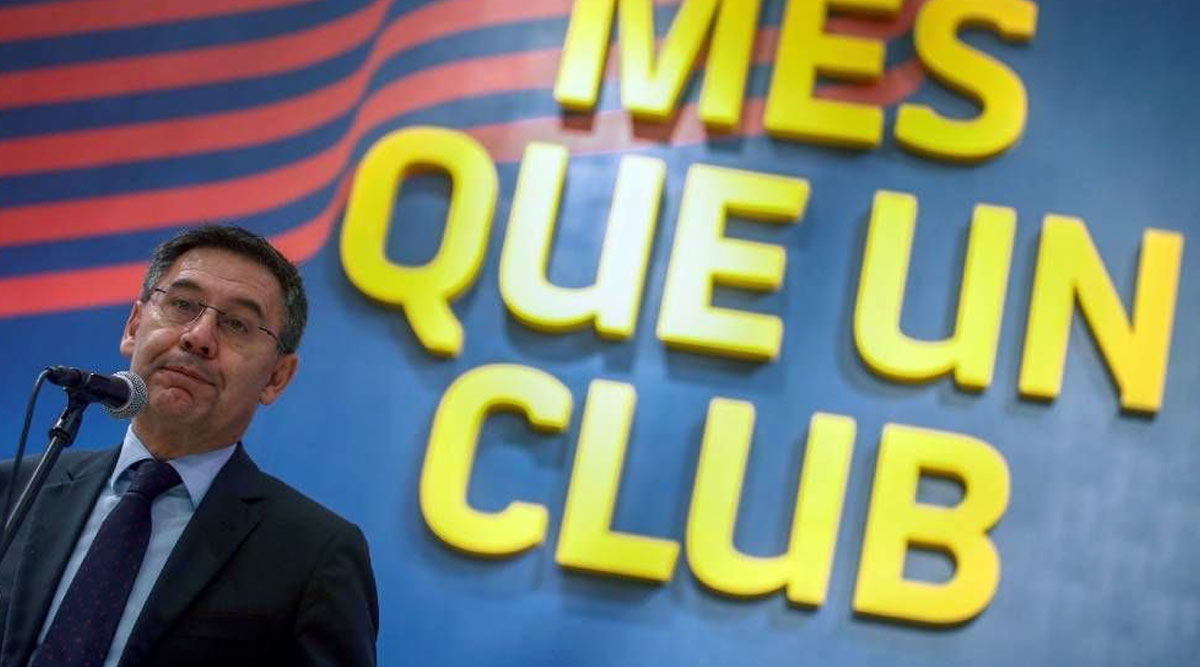 Things are going from bad to worse for Barcelona behind the scenes as six board members have informed club President Josep Maria Bartomeu of their decision to resign from their current position. This is not the first time this season that the Spanish side’s management has come under scrutiny as earlier Bartomeu was accused of hiring online influencers to damage the reputations of some senior players in the squad. The reason for the resignations appears to be the disagreement on the way the club is being run. Lionel Messi Confirms Barcelona Players Will Take Pay Cut Amid Coronavirus Pandemic Crisis but Hits Back at Board.

Vice Presidents Emili Rousaud and Enrique Tombas along with fellow directors Silvio Elias, Maria Teixidor, Josep Pont and Jordi Clasamiglia will all depart the club. Their exits were confirmed by a strongly-worded letter to President Bartomeu which was published by the Spanish newspaper La Vanguardia. The outgoing members have also asked for re-elections as soon as possible. Angry Lionel Messi Calls Out False Reports Claiming His Transfer to Inter Milan and Putting Money for Ronaldinho's Bail.

‘We hereby want to communicate that the undersigned managers have transferred to President Bartomeu our decision to irrevocably resign from our position as managers of FC Barcelona,’ read the letter. ‘We have reached this point by not being able to reverse the criteria and forms of management of the club in the face of the important challenges of the future and, especially, from the new post-pandemic scenario.’ They added.

❗ BREAKING: According to La Vanguardia, six directors of the Barça board have resigned. pic.twitter.com/YhPSLHhlwM

The group further said that one of the reasons for their resignations was the ‘Barcagate’ incident ‘We must also highlight our disenchantment with the unfortunate episode on social networks, known as 'Barcagate', which we learned about through the press.’

The resignations followed after it was reported that president Bartomeu was looking to cut-short his management team and in an interview with Marca, Rousaud hit back at the Barcelona chief saying that he felt ‘betrayed’

Josep Bartomeu has been in charge of Barcelona since 2015 is now under tremendous pressure with both the players and the board members criticising his decisions on a regular basis. Bartomeu is obliged to incorporate a new member as there must be a minimum of 14 directors in the board.