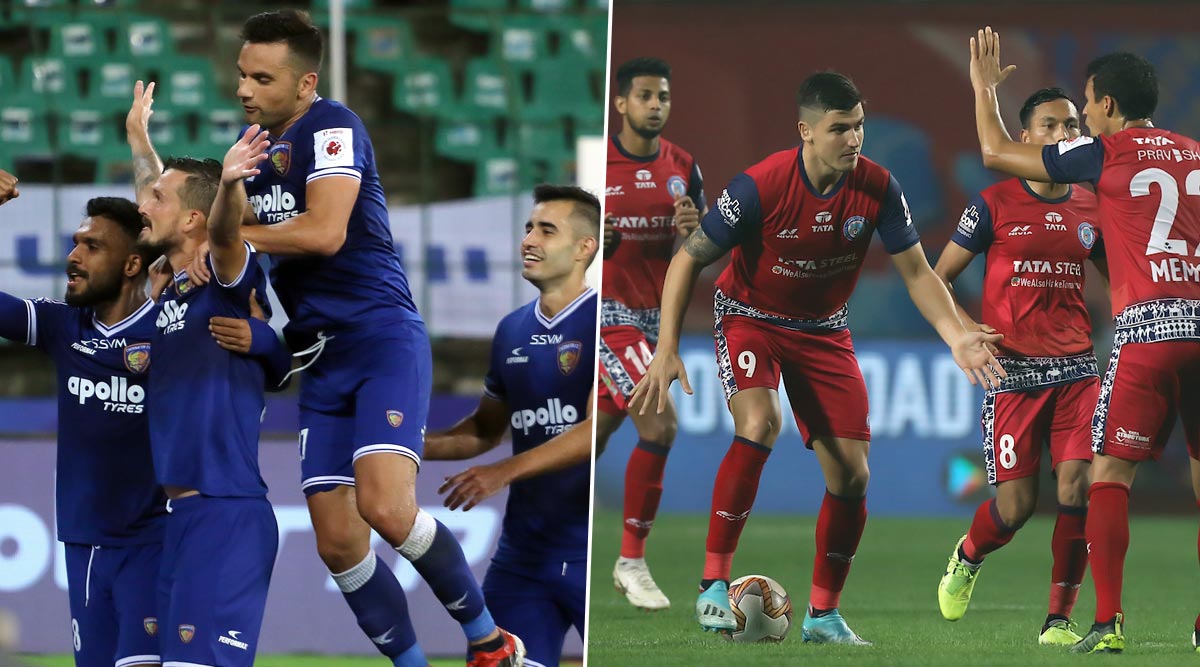 Chennaiyin FC vs Jamshedpur FC, Indian Super League 2019-20 Online Live Streaming & Live Telecast: Chennaiyin FC and Jamshedpur find themselves in must-win situations and need victories to stay alive in the race for playoffs. Both teams come into this fixture on the back of wins in their previous ISL 6 games and will want to outplay each other to continue that run. The match ended in a controversial 1-1 draw when Chennnaiyin FC and Jamshedpur met earlier this season and since then Chennaiyin have played five and won 3. Jamshedpur too played 5 matches but lost 3 and drew and won 1 each in the other two. Jamshedpur FC have won just once in 5 away matches this ISL season and will want to improve their drastic away record. Meanwhile, fans searching for the live telecast, online live streaming and live score updates of CFC vs JFC ISL 2019-20 encounter please scroll down.  Chennaiyin FC Vs Jamshedpur FC - Live Football Score.

Isaac Vanmalsawma’s 89th-minute controversial goal brought Jamshedpur FC level in their previous ISL 2019-20 encounter against Chennaiyin FC earlier this season. The ball looked to have deflected off Vanmalsawma’s hands on its way to the net but the goal stood and Jamshedpur escaped with a point after being behind for more than an hour in the game. Their only away win in ISL 6 have come against FC Goa where Sergio Castel’s strike handed Jamshedpur FC their only second away win in two seasons of the ISL. Castel then went out with injury and did not play the next six matches – Jamshedpur failed to win any. With him now back in the squad, Jamshedpur fought back from behind twice to beat Kerala 3-2. Chennaiyin FC vs Jamshedpur FC Dream11 Prediction in ISL 2019–20: Pick Best Team.

Owen Coyle, on the other, has overseen a remarkable turnaround at Chennaiyin FC. In 6 matches under him, Chennaiyin FC have won 3 and lost 3 each and have found the net 11 times. Coyle has also helped the Mariners jump to 7th position in the ISL points table after overtaking the reins from John Gregory with Chennaiyin FC placed at the bottom.

Chennaiyin FC vs Jamshedpur FC match ISL 2019-20 will be played at the Jawaharlal Nehru Stadium in Chennai on January 23, 2020 (Thursday). CFC vs JFC match is scheduled to start at 07:30 pm IST (Indian Standard Time).

Hotstar, the official OTT media platform of Star Network, will be live streaming the Chennaiyin FC vs Jamshedpur FC match for its online fans in India. Fans can also follow LatestLY for the live score update of CFC vs JFC match.