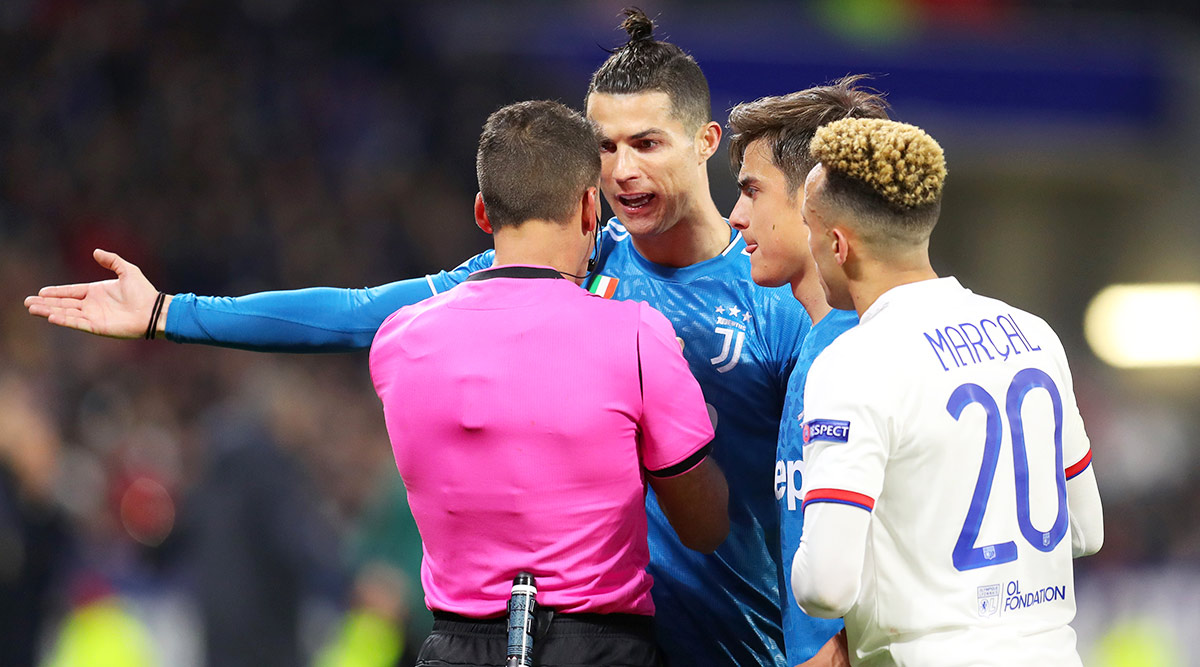 Juventus suffered a shock 1-0 loss in the first leg of the Champions League last-16 against Lyon. This is the second consecutive time that Juventus have slumped to a defeat at this stage of the competition and have a lot of work to do in order to turnaround the tie. Despite the likes of Cristiano Ronaldo, Paulo Dybala and Gonzalo Higuain being on the pitch, the Bianconeri’s were unable to find a way to breach the French team’s backline and in addition to that have set some unwanted milestones. Lyon 1–0 Juventus, UEFA Champions League 2019–20: Toothless Italian Champions Suffer Shock First-Leg Defeat.

The record Italian champions dominated the possession statistics but could not create something of worth in the final third of the pitch. Lyon struck just after the half-hour mark as Lucas Toussart opened the scoring and now the French side will be hoping to hold on to this first-leg advantage when they travel to Turin as they look to cause one of the biggest upsets of the season. Kevin De Bruyne Inspires Turnaround As Pep Guardiola’s Men Secure Famous Win in Madrid.

Maurizio Sarri is already a man under the microscope and this performance will just increase the pressure on him. Given all their attacking threat and the money spent in recent season’s Juventus were unable to register a single shot on target in the game and it was the first time since October 2014 when they face Atletico Madrid that the Italians have failed to test the goalkeeper in the Champions League.

This game also marked the first time that Lyon have come out as winners in a champions league knock-out tie since 2012 when they defeated APOEL 1-0. It was also the first time that the French side have beaten Juventus in European competitions after failing to do so in four previous attempts. This was also the record Italian champions first loss to French opposition in the Champions League since November 2009.

This result has raised alarm bells in the Juventus camp but Sarri’s men are a different side when playing at home. They will take inspiration from last year’s comeback against Atletico Madrid at the same stage when they turned around a 2-0 first-leg deficit in Turin. The second led will be played on March 17, 2020, at the Allianz Stadium.