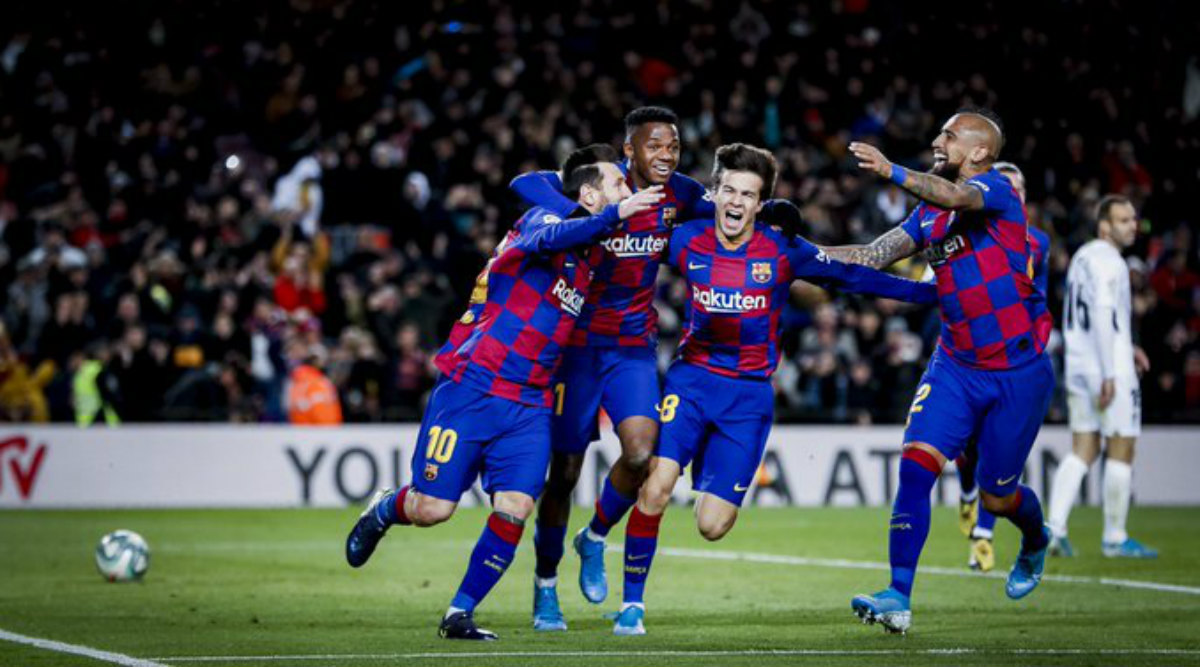 Valencia will take on Barcelona in a La Liga 2019-20 clash at the Mestalla Stadium. The hosts will be looking to cut the point’s gap between themselves and the teams in the Champions League places when the two sides meet on January 25, 2020 (Saturday). This will be Quique Setien’s third match in charge of Barcelona as the Spaniard has won his opening two games. For fans of Dream11 fantasy game, here are some tips and team suggestions so you can build a strong team for Valencia vs Barcelona clash in La Liga. Valencia Vs Barcelona - Live Football Score.

Valencia are fresh off a 1-0 win over Logrones in the round of 32 of Copa del Rey 2019-20. The Alber Celades led side are seventh in the domestic league but have been inconsistent in recent times. They have won just two of their last five matches in La Liga and suffered a heavy 4-1 defeat away to Mallorca in their previous encounter. Barcelona, on the other hand, have adjusted to life well under the new manager. They have won back-to-back games and more importantly, these victories have come on the back of dominating performances. Luis Suarez will be unavailable due to injury while youngster Riqui Puig will miss out due to illness. B team player Alex Collado has been called up to the first team for this clash. Late Lionel Messi Goal Gives Barcelona 1-0 Win Over Granada In Quique Setien's First Match Incharge.

Valencia vs Barcelona, La Liga 2019-20, Dream11 Team Prediction: Defenders – You should go for three defenders and they should be Gabriel Paulista (VAL), Gerard Pique (BAR) and Sergi Roberto (BAR).

Valencia vs Barcelona, La Liga 2019-20, Dream11 Team Prediction: Midfielders – Dani Parejo (VAL) should be your vice-captain. The other players in your midfield should be Ferran Torres (VAL), Arturo Vidal (BAR) and Ansu Fati (BAR).

Valencia vs Barcelona, La Liga 2019-20, Dream11 Team Prediction: Forwards – Lionel Messi (BAR) should be your captain. The remaining players in your team should be Rodrigo Moreno (VAL) and Antoine Griezmann (BAR).

Barcelona have been playing well under Quique Setien but this game will be their true test as Valencia are a tough team to beat at their home and the Catalans always suffer when they visit there. The defending champions have a chance to put some daylight between them and Real Madrid for the time being until the Madrid side plays on Sunday.