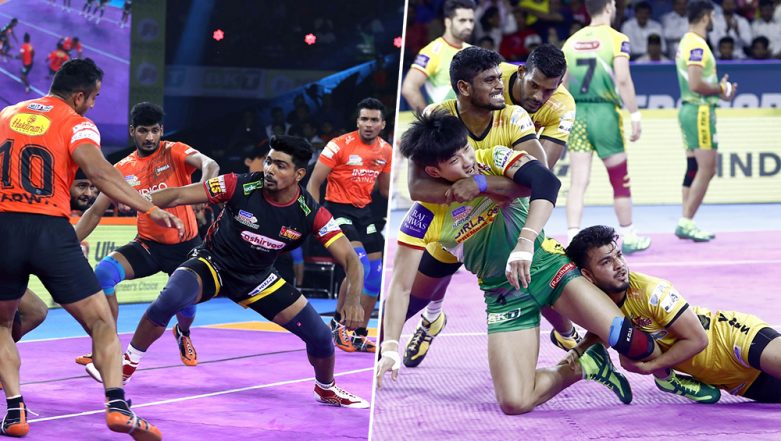 Bengaluru Bulls are all set to take on the Telugu Titans in the match 31 of the Vivo Pro Kabaddi League 2019.  A win in this encounter can place the Bulls in the top four of the points table. And Titans may want to put an end to their losing streak. The defending champions have won three of their four matches and are placed sixth in the points table standings with 15 points. Meanwhile, Titans have lost four of their five matches and are in the last position with just five points. If you’re searching for BB vs TT PKL 2019 match live streaming, free live telecast, score updates and more, you are on the right page. You will find all the information below. Telugu Titans vs Bengaluru Bulls Dream11 Team Predictions: Best Picks for Raiders, Defenders and All-Rounders for TEL vs BEN PKL 2019 Match 31.

Pawan Kumar Sherawat has been the star performer for the Bulls as the raider has accumulated 57 points from four matches, which is the most number of points by any raider in the tournament. Meanwhile, the Titans will expect their captain Abozar Mighani to rise to the occasion and grab the opposition raider with his tackling skills. The Rohit Kumar-led Bengaluru Bulls will start the encounter as favourites but the Titans are sure to give their best to turn the table around. PKL 2019: Vikash Kandola Shines As Haryana Steelers Bounce Back Against Patna Pirates.

For viewers not able to catch the BB vs TT game on TV sets, do not worry. There are also online options available for live streaming the PKL 2019 game. Fans can switch to Hotstar, the official digital platform of Star, to catch the live streaming of the Bengaluru Bulls vs Telugu Titans game in season 7.

So, these were the live streaming and telecast details of the match. Bengaluru Bulls thrashed the Bengal Warriors in their last game and will be favourites going into the encounter. On the other, side Telugu Titan's last match against UP Yoddha resulted in a tie. So, its only a matter of time before seeing whether the defending champions Bengaluru Bulls will snatch the game or the Titans will cause an upset.