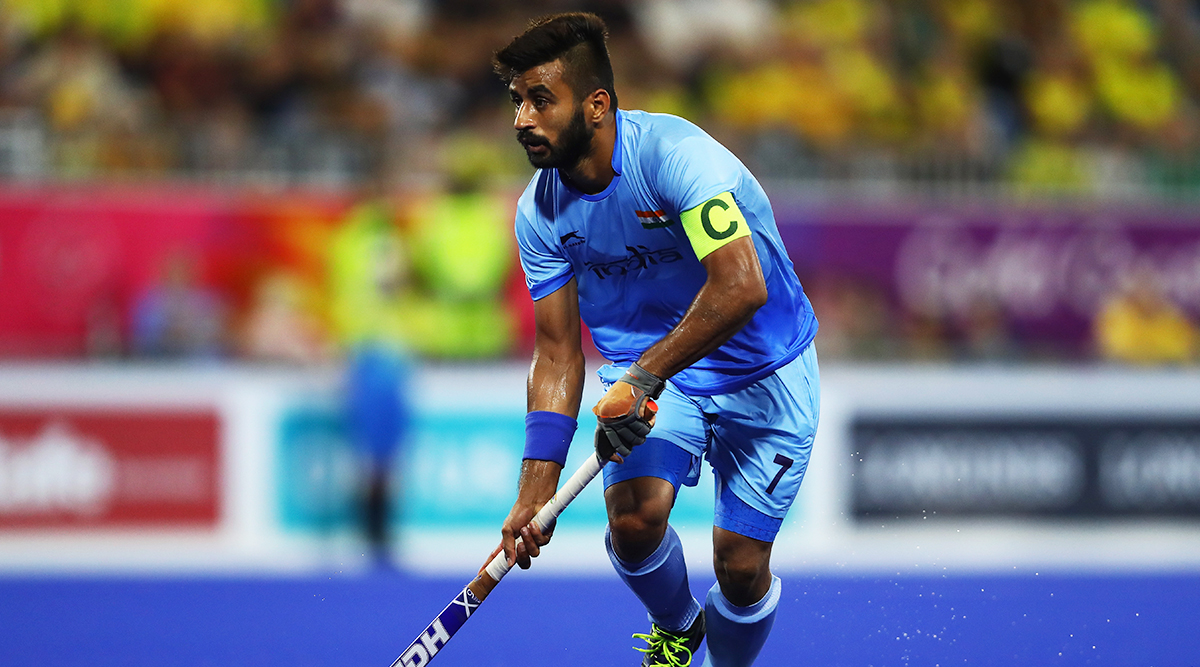 New Delhi, December 6: India men's hockey captain Manpreet Singh has been nominated by the International Hockey Federation (FIH) for its Player of the Year award. Additionally, Vivek Prasad and Lalremsiami were nominated for the men's and women's FIH Rising star of the year awards respectively. Manpreet played a crucial role in leading the team to a berth at the 2020 Tokyo Olympics this year. He has 242 international caps to his name and is a stalwart in midfield for the Indian team. Indian Men's Hockey Coach Graham Reid to Focus on Individual Improvement During National Camp.

Competing with him for the award are Australian duo Eddie Ockenden and Aran Zalewski, Belgium's Arthur Van Doren and Victor Wegnez and Argentina's Lucas Vila. The 19-year-old Vivek Prasad was named as the best young player at the FIH Series Finals earlier in the year. He also led the Indian team to a silver medal at the 2018 Youth Olympics in Buenos Aires, Argentina.34 Players Named for National Camp Ahead of Azlan Shah Cup.

Forward Lalremsiami, also 19, was part of the Indian team that won silver at the 2018 Asian Games. "The vote is open until 17 January 2020," the FIH said. "The winners of all 2019 FIH Hockey Stars Awards, which also include the FIH Coach of the Year, will be announced in February 2020.

"Votes from National Associations -- which will include some international athletes and coaches votes -- will count for 50% of the overall result, while fans and players (25%), as well as media (25%), will make the other half of the votes."