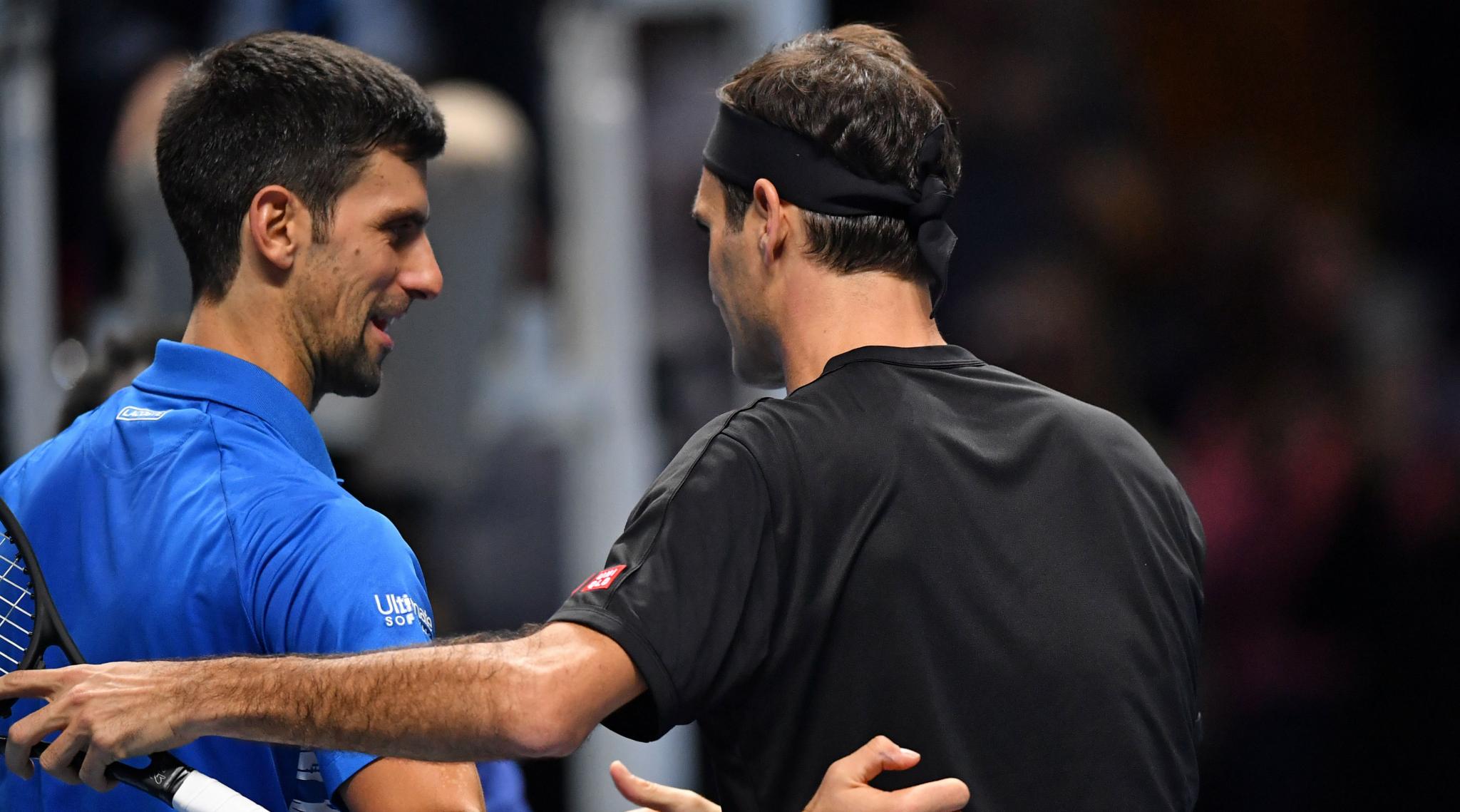 Melbourne, January 28: Roger Federer will face Novak Djokovic in a blockbuster semi-final at the 2020 Australian Open. Federer on Tuesday beat the USA's Tennys Sandgren in a five-set match in which he came back from two sets to one down and fought off seven match points at the Rod Laver Arena in Melbourne. Djokovic beat Canadian Milos Raonic later in the day in four sets to set up the big ticket semi-final.

Federer won the first set but later conceded the second and third. Sandgren, who was looking to get to his first Grand Slam semi-final in seven attempts, reached match point seven times in the third set. Each time, however, the Swiss great managed to get back. In the end, Federer won the fourth set tie-breaker and took the fifth set. The scoreline in the end read 6-3, 2-6, 2-6, 7-6 (8), 6-3. Roger Federer, Novak Djokovic Win Hearts With a Super Cute Gesture Towards Young Fan (Watch Video).

Djokovic had a more straightforward road to the last four. Raonic had previously beaten ATP Finals champion Stefanos Tsitsipas and world no 3 Maril Cilic to make it to the quarter final but was no match for Djokovic in the first two sets of the match. The big serving Canadian managed to take the third set into a tie-breaker in which he managed to score only one point. Djokovic won the match 6-4, 6-3, 7-6 (1).

In women's singles, world no.1 Ashleigh Barty remained on course to becoming the first Australian since 1978 to win at the Australian Open. She beat world no.7 Petra Kvitova 7-6 (6), 6-2 and will face American world no.14 Sofia Kenin in the semis. Kenin ended Tunisian Ons Jabeur's dream run with a 6-4, 6-4 win.