OPPO has confirmed that the latest version of the ColorOS will be officially unveiled in China somewhere between mid to late September. 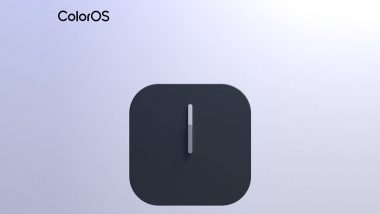 Beijing: OPPO has confirmed that the latest version of the ColorOS will be officially unveiled in China somewhere between mid to late September. OPPO is yet to officially reveal the exact launch date for the ColorOS 12, but the company is likely to unveil the latest version of its custom Android overlay towards the end of September, reports GizmoChina. Oppo Enco Buds True Wireless Earbuds To Be Launched in India on September 8, 2021.

As per report, the ColorOS may adopt several new features from Chinese Android skins, including the likes of MIUI from Xiaomi, Flyme from Meizu, Smartisan OS, and HydrogenOS. Last month. OPPO was tipped to launch OPPO Enco Buds and OPPO Enco Air in India soon. The company has now officially confirmed to announce the former product in the country this Wednesday.

These new entry-level buds are said to offer an incredible battery experience and, crystal-clear, concert-like audio. The company says that these built for consumers who want to upgrade to truly wireless earbuds for the first time. The buds support quick pairing with devices running ColorOS. It features 8mm dynamic drivers and come with 80ms low latency game mode as well as ENC (Environmental Noise Cancellation) for calls.

(The above story first appeared on LatestLY on Sep 07, 2021 03:25 PM IST. For more news and updates on politics, world, sports, entertainment and lifestyle, log on to our website latestly.com).