Since the start of the Ukraine invasion, the Russian App Store has lost nearly 6,982 mobile apps as several companies decided to pull off their apps and games from the Apple App Store. 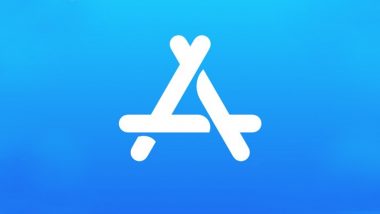 Moscow: Since the start of the Ukraine invasion, the Russian App Store has lost nearly 6,982 mobile apps as several companies decided to pull off their apps and games from the Apple App Store. According to data by app intelligence firm Sensor Tower and shared with TechCrunch, those apps had been downloaded around 218 million times in Russia, representing around 3 per cent of their total 6.6 billion installs globally. Apple Releases Update to Unlock iPhone With Face Mask On.

The app removals on the Russian App Store after the Ukraine invasion (February 24) represent a 105 per cent increase compared to the first two weeks of February. During that earlier period, Russia's App Store had seen only 3,404 app removals

Coca-Cola has pulled its iOS app out of the Russian App Store. Retailers like H&M and American Eagle Outfitters also pulled apps, along with Ebates' shopping platform ShopStyle, the report said late on Tuesday.

Apps from the NFL, NBA, WWE and Eurosport have also disappeared from the Russian App Store. The Russian App Store has also lost several top games from publishers including Zynga, Supercell, Take-Two (Rockstar Games) and others. Netflix has also removed its streaming app in the country, so are dating apps Bumble and Badoo.

Other app removals include Amazon's IMDb, travel app Trivago, The Weather Channel (IBM) and Google Home. Instagram has been blocked in Russia, impacting 80 million users, but the app has not been removed from the App Store.

(The above story first appeared on LatestLY on Mar 16, 2022 02:02 PM IST. For more news and updates on politics, world, sports, entertainment and lifestyle, log on to our website latestly.com).