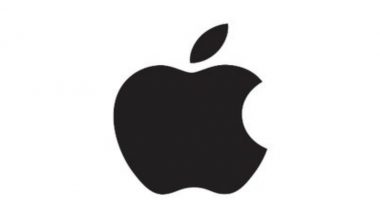 San Francisco, Aug 4: Apple has confirmed that the launch of the iPhone 12 will be delayed due to "temporarily constrained" supply chain and now a new report claims that the launch will be split into two stages.

The Cupertino based tech giant is planning to launch four different models of the iPhone 12 later this year, sporting 5.4-inch, 6.1-inch, and 6.7-inch OLED screens. However, Apple may launch two 6.1-inch iPhone 12 followed by the 5.4-inch and 6.7-inch models at a later date, reports DigiTimes.

The 6.1-inch models will be available first as suppliers have begun to ship SLP (substrate-like PCB) mainboards for them. Whereas, the SLP for the other two models will start shipping by suppliers starting late August.

This would not be the first time Apple had spaced out an iPhone launch. In 2018, the iPhone 8 was launched in September and the iPhone X in November.

(The above story first appeared on LatestLY on Aug 04, 2020 01:20 PM IST. For more news and updates on politics, world, sports, entertainment and lifestyle, log on to our website latestly.com).