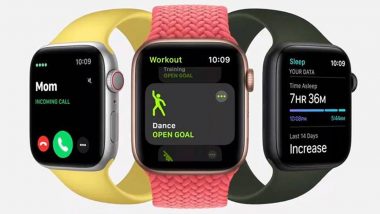 Apple, the Cupertino based tech gaint is expected to launch its Apple Watch Series 7 in coming months. Ahead of its launch, new features of the smartwatch have been leaked online. A couple of months ago, several specifications of the device were tipped online. As per a new report, Apple Watch Series 7 is likely to come with blood glucose and body temperature monitoring sensors. In addition to this, it is also reported to get improved screen setup, thinner display bezels and a new lamination method that will leave a little space between the glass and the touch screen. Apple iPhone 13 Pro Max Dummy Unit Reportedly Leaked in a New Video. 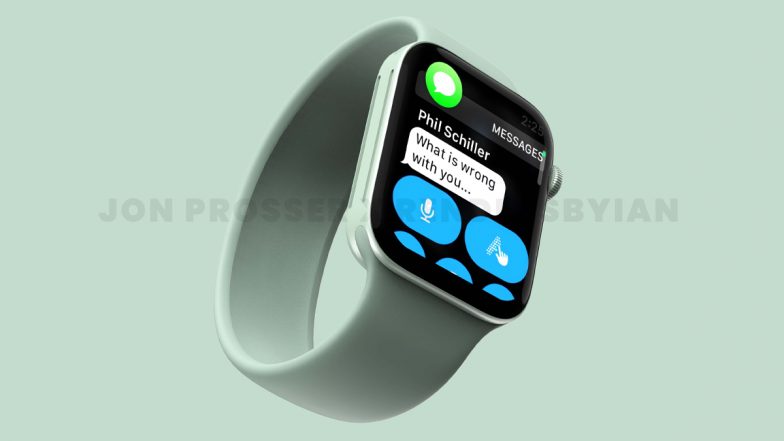 The company is also reportedly gearing up for the release of sports-centric models for extreme sports admirers. These models could be called 'The Explorer' and might debut in 2022. Apple Watch Series 7 is said to look different from the previous Apple smartwatches.

This year's Apple Watch is likely to flat edges and a square dial. Moreover, it might come with improved health features, battery life and more. As of now, nothing much is known about Apple's upcoming watch.

(The above story first appeared on LatestLY on Jun 15, 2021 01:52 PM IST. For more news and updates on politics, world, sports, entertainment and lifestyle, log on to our website latestly.com).