With its ongoing programmes, Facebook has already trained over one million people across 150 cities and 48,000 villages with support from 50 partners. 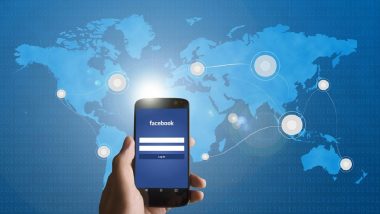 New Delhi, April 16: Facebook and the Global Alliance for Mass Entrepreneurship (GAME) -- a consortium of public and private organisations -- on Tuesday announced a partnership to train entrepreneurs and create jobs across India. Phase one of this partnership, to be rolled out this year, will cover 10 states including Karnataka, Andhra Pradesh, Telangana, Jammu and Kashmir and Maharashtra, among others. The partnership is in line with Facebook's commitment to train five million people with digital and entrepreneurial skills by 2021, the social networking platform said in a statement.

Women currently constitute 23 per cent of Internet users and six per cent of mass entrepreneurs in India. "When you give women and youth the skills and technology to improve their lives, we can equip them to unlock economic and social value for themselves and their communities," said Ankhi Das, Public Policy Director, Facebook - India, South and Central Asia. Facebook Reportedly Paid Teenagers $20 Each Month For Selling Their Privacy on Android & iPhones By Installing Data Harvesting VPN App.

GAME and its partners will assist small entrepreneurs build their businesses using digital platforms like Facebook and Instagram to aggregate demand, market products and acquire customers.

"Imagine the power of a platform that can bring together communities of artisan clusters, agri-entrepreneurs or homepreneurs in the thousands to learn, collaborate and succeed," added Ravi Venkatesan, Founder, GAME.

GAME and Facebook will kick-off their engagement with a project empowering local communities of rural entrepreneurs -- using digital and physical modes, a landscape review and identification of solutions for women entrepreneurs and a grand prize challenge for innovative models that spur new business creation. With its ongoing programmes, Facebook has already trained over one million people across 150 cities and 48,000 villages with support from 50 partners.

(The above story first appeared on LatestLY on Apr 16, 2019 05:50 PM IST. For more news and updates on politics, world, sports, entertainment and lifestyle, log on to our website latestly.com).