Facebook Messenger Dark Mode: Here's How You Can Manually Enable This Feature on Android & iOS 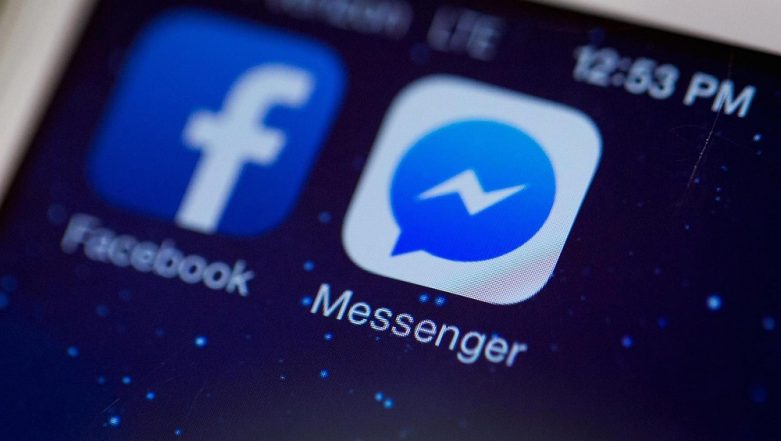 San Francisco, March 3: Facebook's new "Dark Mode" feature for Messenger, which the company said it is still working on, can now be enabled manually on Android and iOS devices. The social media giant had announced last October that it would soon roll out the much-awaited feature. But it's been more than four months since then and Facebook still hasn't rolled out this feature to its users. Facebook, Apple, Twitter Likely To Face European Union's Probes For Violating GDPR.

"It's currently unclear if this method works in all countries and platforms, but Redditors from the Philippines, Portugal, Czech Republic, Saudi Arabia, and Indonesia report that it worked for them," the GMSArena reported on Saturday.

"It also worked on our Android smartphones in India and over at headquarters, both on Android and iOS, so it's safe to say it's widespread and will be coming officially sooner rather than later," it added.

The Dark Mode on Facebook Messenger can be enabled by sending a moon emoji in a chat. As soon as users send this emoji, a message at the top pops up that reads "You Found Dark Mode!".

Once the "Dark Mode" is on, Facebook will display a message saying it's still working on this feature, so you won't see "Dark Mode" everywhere in Facebook Messenger. It may also appear broken at some places.