Google turns 22 years today. The search engine was founded by two Stanford PhD students, Sergey Brin and Lawrence (Larry) Page, 22 years ago in September 1998. Though the search engine celebrates its birth anniversary today, September 27 was not always its official birthday. 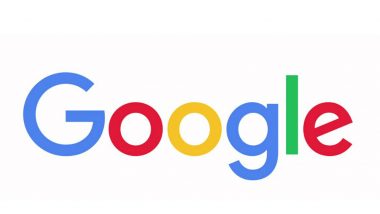 On the occasion of Google's 22nd birth anniversary, LatestLY has listed  5 major milestones achieved by the search engine giant which revolutionised the internet space.

Google Search, or simply Google, is a web search engine developed by Google LLC. It is the most used search engine on the World Wide Web across all platforms,

In 2008, Larry Page and Sergey Brin were going to going to the Burning Man festival. To let users know that Google would be unmanned for a time, Page and Brin put the Burning Man logo behind the second “O” in Google on the Google homepage. This was officially the first Google Doodle. Now Google Doodle has become extremely popular and is now a major aspect of brand Gooogle.

Google Ads was launched in 2000 at a time when the search engine saw its popularity increasing and thought it was the right time to start making money. Google AdWords offered advertisers a way to promote their products and services within Google. Today, Google Adwords earns roughly 86 percent of its total revenue from AdWords and its related advertising tools

Gmail is a free email service developed by Google. Users can access Gmail on the web and using third-party programs that synchronises email content through POP or IMAP protocols. Gmail started as a limited beta release on April 1, 2004.

(The above story first appeared on LatestLY on Sep 27, 2020 08:30 AM IST. For more news and updates on politics, world, sports, entertainment and lifestyle, log on to our website latestly.com).