A tipster has come up with several images of the flagship Huawei P50 Series. The tipster who goes by the name Rodent950 shared the images on his official Twitter account. 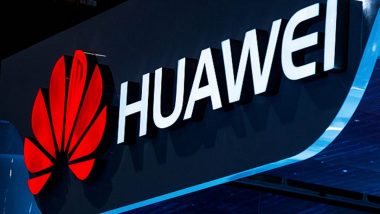 In the past couple of weeks, we heard a few leaks and rumours about the Huawei P50 Series, Now a tipster has come up with several images of the flagship Huawei P50 Series. The tipster who goes by the name Rodent950 shared the images on his official Twitter account. The images reveal the rear panel of the device and as per the images, a unique camera module can be seen that comprises two large rings. These dual rings consist of a total of four cameras which contains one large 1-inch sensor that could be a primary shooter. Huawei Mate 40E With Kirin 990E SoC & Triple Rear Cameras Launched in China. 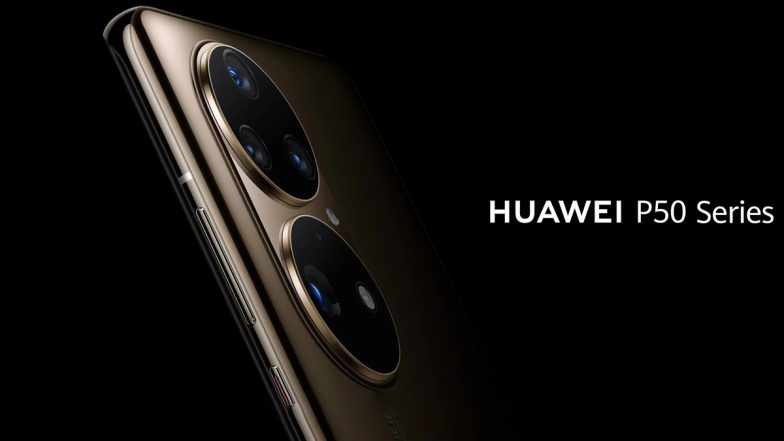 The rings are placed vertically with the upper ring housing three sensors and a single lens inside the second ring. The tipster claims that the device shown in the images is not a dummy piece but an official renders of the phone. In addition to this, it is speculated that the device will also feature a periscope lens though it is not seen in the images. 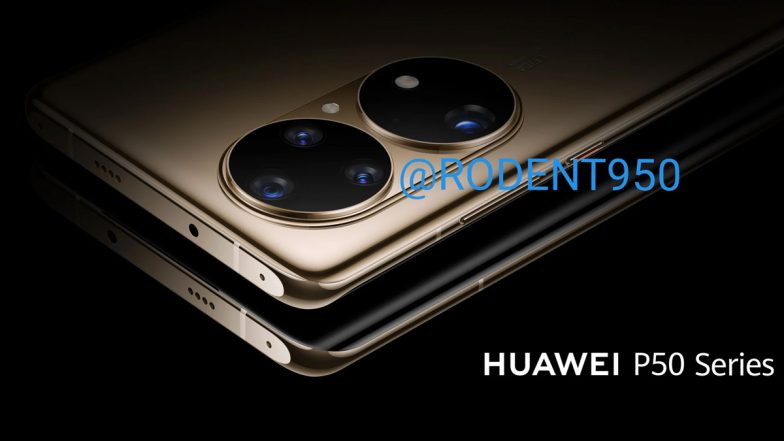 Huawei P50 is likely to feature a 6.3-inch punch-hole display with a centred punch-hole selfie snapper. Apart from this nothing much is known about Huawei P50. The phone is expected to be launched in the coming weeks but we could see some teasers of the device before its official launch.

(The above story first appeared on LatestLY on May 13, 2021 05:42 PM IST. For more news and updates on politics, world, sports, entertainment and lifestyle, log on to our website latestly.com).