A Lenovo spokesperson told The Verge on Tuesday that the company will attend virtually instead of in person and has informed the GSM Association, the organiser of MWC. 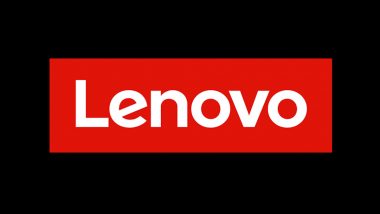 New Delhi: After Samsung, consumer electronics major Lenovo has announced not to attend the Mobile World Congress (MWC) in-person in Barcelona this year. A Lenovo spokesperson told The Verge on Tuesday that the company will attend virtually instead of in person and has informed the GSM Association, the organiser of MWC. The in-person event is still scheduled to happen in June, despite the ongoing pandemic that has devastated several countries like India and Brazil in the second wave. COVID-19 Effect: Samsung To Skip MWC 2021 In-Person Exhibitions.

Several big tech companies like Google, Nokia, Ericsson, Sony and Oracle have already decided not to attend the event in person. Earlier this week, Samsung said it will not showcase its products and technologies "offline" at the mobile technologies trade fair, to be held between June 28 and July 1 in Barcelona.

"The health and safety of our employees, partners and customers is our number one priority, so we have made the decision to withdraw from exhibiting in-person at this year's MWC," the company said in a statement. "We look forward to participating virtually and continuing to work with GSMA and industry partners to advance new mobile experiences."

MWC is considered one of the top three tech events in the world, along with the Consumer Electronics Show in the United States and IFA in Germany. It has been held in Barcelona usually between end-February and early March each year, but the tech expo was canceled last year due to Covid-19, and this year, it was pushed back to June.

(The above story first appeared on LatestLY on May 12, 2021 05:23 PM IST. For more news and updates on politics, world, sports, entertainment and lifestyle, log on to our website latestly.com).