The rollable smartphone was LG's second product under the Explorer Project, the company's new mobile category announced last year that aims to deliver devices with a different form factor and upgraded mobile experience. 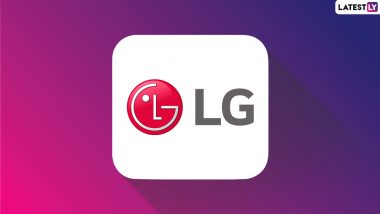 LG reportedly told its parts suppliers, including Chinese display maker BOE, to put the rollable smartphone development project on hold, according to industry sources. The parts makers may request compensation from LG in the future for their development efforts, they added.

A LG official said nothing can be confirmed at this point regarding the company's plan for a rollable smartphone. LG W41, LG W41+ and LG W41 Pro Launched in India; Prices Start From 13,490.

LG last month announced that its mobile business unit is open to "all possibilities" for its future operations amid rumors that the company may sell the struggling mobile business, reports Yonhap news agency.

Then the company said the development of the rollable smartphone is still in progress, but it has not revealed its future plans in detail.

LG's mobile business has been in the red since the second quarter of 2015. Its accumulated operating loss reached nearly 5 trillion won ($4.5 billion) last year.

Analysts said LG will either shut down or sell its mobile business, or at least scale it back.

Named 'LG Rollable', the device was highlighted by a resizable screen with a side-rolling display.

Industry observers speculated that the pace of LG's rollable smartphone development could have been more sluggish than expected and that the company may have felt pressure delivering successful results with the product in the market.

According to market researcher Counterpoint Research, LG shipped 24.7 million smartphones last year, down 13 per cent from a year earlier, and was the ninth-largest smartphone vendor with a global market share of 2 per cent.

(The above story first appeared on LatestLY on Feb 23, 2021 01:21 PM IST. For more news and updates on politics, world, sports, entertainment and lifestyle, log on to our website latestly.com).