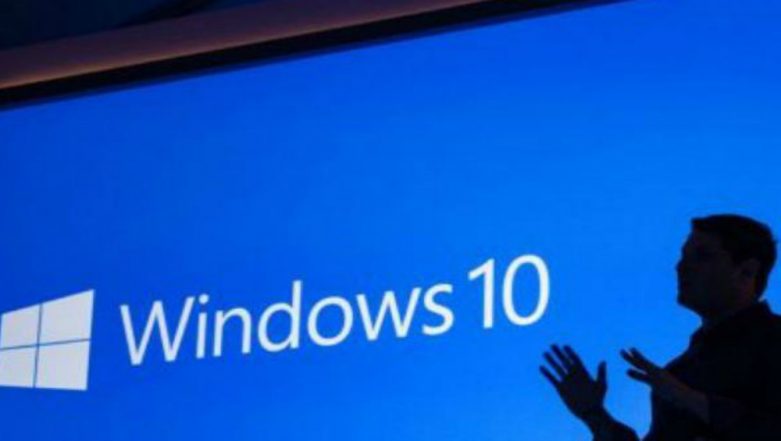 San Francisco, April 24: Reversing its decision of excluding the Paint app from Windows 10, software giant Microsoft has decided to let it stay. The software maker had been warning Windows 10 users for months that Paint would eventually be removed but those warnings failed from making way into the latest May 2019 update (1903) of Windows 10, The Verge reported on Tuesday.

"Yes, MS Paint will be included in 1903. It'll remain included in Windows 10 for now," Brandon LeBlanc, Senior Programme Manager, Windows Insider Programme Team at Microsoft, tweeted. Previously, the software-maker marked Paint as "deprecated", meaning it was not in active development and could be removed in future releases of Windows. Microsoft Might Reveal New Xbox Hardware at Annual Electronic Entertainment Expo 2019.

The company had planned to remove it from Windows 10 and include it later as a free optional download from the Microsoft Store. Most of the main MS Paint functions were to be integrated into the more modern Paint 3D app, as part of a broader push to entice creators to use Windows 10.

It remains unclear if Microsoft still remains committed to Paint 3D or why there will continue to be two paint apps included with Windows 10 in the future, the report said.