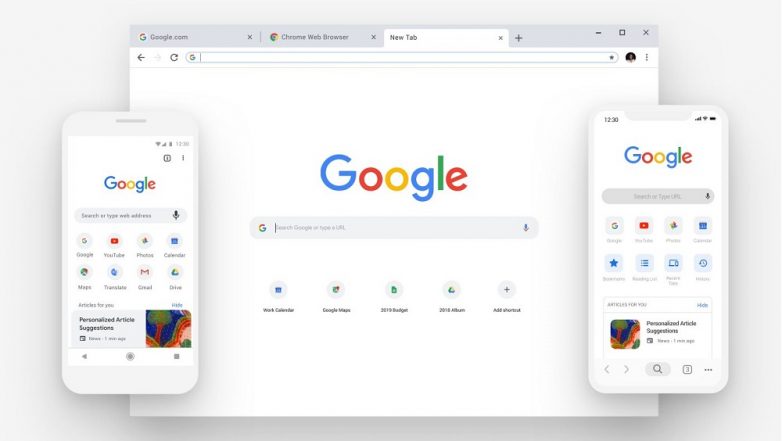 San Francisco, Dec 6: Google has announced its newly-released Chrome 71, the latest version of its web browser, is now rolling out for Windows, Mac and Linux operating systems (OS), which aims to keep deceptive websites off. The latest version of Google's browser was in the works over the past few months and has just left the beta programme. Google Play Best Books of 2018: Know Top 5 Most Downloaded Books of This Year on Play Store.

"The Chrome team is delighted to announce the promotion of Chrome 71 to the stable channel for Windows, Mac and Linux. This will roll out over the coming days/weeks.

"Chrome 71.0.3578.80 contains a number of fixes and improvements -- a list of changes is available in the log. Watch out for upcoming Chrome and Chromium blog posts about new features and big efforts delivered in 71," the tech giant wrote in a blog post late on Tuesday. Google Play Best Apps of 2018: Google Pay & Tik Tok Wins User's Choice App and Most Entertaining App Titles.

In the new version, users would be warned when a site appears to be hiding the real costs and terms for a transaction. With Chrome 71, experiences on websites that fall under Google's definition of abusive would be filtered.

These include web experiences that are not just limited to ads, such as auto-redirects that happen without any action from a user or trick-to-click experiences like a warning notification that actually leads to an ad or another website's landing page, according to The Verge.