Poco India is expected to launch its F3 GT smartphone soon in the country. 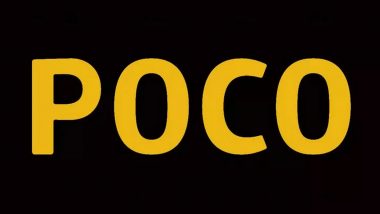 Poco India is expected to launch the new Poco F3 GT smartphone in India very soon. The Chinese smartphone has teased the upcoming handset on a couple of occasions. In the latest teaser, the company took a dig at OnePlus' upcoming Nord 2 5G smartphone. Do note, OnePlus will launch the Nord 2 handset in India on July 22, 2021.  OnePlus Nord 2 5G: What We Know So Far.

In a recent tweet, Poco took a jibe at Nord 2 by calling it an 'N-ordinary phone. This is not the first time that Poco has mocked OnePlus. In 2018, the company had applied the same strategy to mock OnePlus over the price of its flagship 6T device.

Keeping aside the rivalry, there is no doubt that both the companies will equip the F3 GT and Nord 2 with decent specifications. OnePlus has confirmed that the Nord 2 will be powered by MediaTek Dimensity 1200 AI chipset whereas the F3 GT is likely to feature the standard model of the same processor. Both devices will carry a triple rear camera system. Poco F3 GT is said to be a rebranded version of Redmi K40 Gaming Edition which is available in China. Coming to the pricing, OnePlus Nord 2 is likely to be priced from Rs 24,999. It would be interesting to watch how much will the Poco F3 GT cost to take on the Nord 2 phone.

(The above story first appeared on LatestLY on Jul 09, 2021 01:58 PM IST. For more news and updates on politics, world, sports, entertainment and lifestyle, log on to our website latestly.com).