Satellites that vanish on their own, rockets that eat themselves, satellite based quantum communication, quantum radar, space based solar power, humanoid robotics are some of the futuristic technologies that the Indian space agency is currently working on, said a top official. 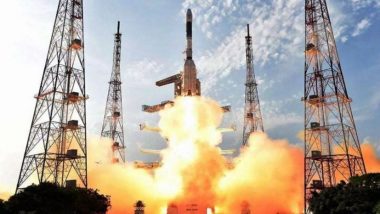 Chennai, November 23: Satellites that vanish on their own, rockets that eat themselves, satellite based quantum communication, quantum radar, space based solar power, humanoid robotics are some of the futuristic technologies that the Indian space agency is currently working on, said a top official.

This may all seem like the 'James Bond' movies? Well, that is what ISRO is working on. Speaking at the DTDI Technology Conclave 2021 on Monday, K.Sivan, Chairman, ISRO and Secretary, Department of Space said the R&D in these areas have been initiated with well defined milestones and deliverables.

The Directorate of Technology Development and Innovation (DTDI) is a futuristic and innovative technology development wing of ISRO. The Indian space agency is working on about 50 such futuristic technologies. According to Sivan, based on the global trends and a SWOT (strength, weakness, opportunities and threats) analysis the new technologies will be developed partnering with Indian industry and academia.

He said ISRO has started working on reducing the space debris with its technologies like self eating rockets, vanishing satellites and robotic arms that catch the debris -- inactive satellites, rocket stages and others -- that are floating.

According to R.Umamaheswaran, Scientific Secretary, ISRO, the organisation is working on low temperature lithium-ion cells that can power satellite systems in sub-zero temperature, space based solar power and quantum radars.

The Indian space agency has created a 'Vision 2030' document based on its scientists' ideas like humanoid robots, in-situ propellant production for interplanetary exploration, spider rover, artificial intelligence based spacecraft and others.

He said development of some of the technologies have been started at a lab level and some feasibility studies are being made. Earlier ISRO had said it is working on a fleet of medium to heavy lift rockets with a carrying capacity ranging from 4.9 ton to 16.3 ton. The five rockets are in the project report stage and would come into operation in the future, ISRO had said.

(The above story first appeared on LatestLY on Nov 23, 2021 10:48 AM IST. For more news and updates on politics, world, sports, entertainment and lifestyle, log on to our website latestly.com).