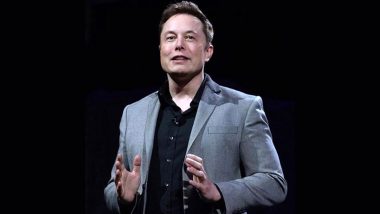 While Starlink is designed for consumer and commercial use, Starshield is designed for government use, with an initial focus on three areas: Earth observation, communications and hosted payloads. SpaceX said that Starshield will launch satellites with sensing payloads and deliver processed data directly to the user. Elon Musk Says Starlink Active in Ukraine After Russian Invasion Disrupts Internet.

The company said that Starlink's inter-satellite laser communications terminal, which is the only communications laser operating at scale in orbit today, can be integrated onto partner satellites to enable incorporation into the Starshield network.

"SpaceX's ongoing work with the Department of Defense and other partners demonstrates our ability to provide in-space and on-ground capability at scale," said the space company.

Meanwhile, satellite Internet service Starlink will soon be available in recreational vehicles (RVs). Starlink for RVs allow users to get immediate access to high-speed, low-latency Internet while in motion, at any location where the company provides active coverage.

Recently, the company had announced that its satellite Internet service will be available on select airplanes with the official launch of Starlink Aviation next year. The service will offer Internet speeds of up to 350 mbps to each plane equipped with its Aero Terminal, which it says is fast enough for video calls, online gaming, "and other high data rate activities".

(The above story first appeared on LatestLY on Dec 07, 2022 08:11 PM IST. For more news and updates on politics, world, sports, entertainment and lifestyle, log on to our website latestly.com).