As Indian brands dominated the true wireless earbuds (TWS) market once again, local production of these devices reached 14% in the January-March quarter (Q1) with 113 per cent (on-quarter) growth, a new report showed on Thursday. 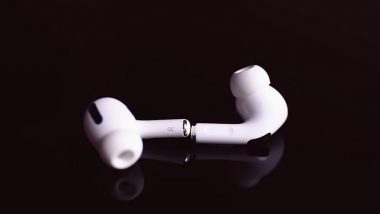 "There has been a growing emphasis on domestic manufacturing, which led to an overall YoY decline of 19 per cent in average selling price (ASP) in Q1 2022," said senior research analyst Anshika Jain. "We expect brands to go aggressive in the second half of this year to introduce made-in-India devices," she added." Other top players like Noise and realme are also expected to release locally-made devices within the first half of 2022," said Jain.

Dometci brand boAt is expected to locally manufacture more than half of its total portfolio in the coming period. India's TWS market posted 66 per cent YoY growth in Q1 2022, driven by the strong value proposition offered by local brands to outshine the Chinese vendors.

Besides, aggressive celebrity endorsements and domestic manufacturing helped boost the demand in this segment, said the report. Indian brands' shipments more than doubled in Q1 2022 to capture 72 per cent share in the overall TWS market.

"The top four positions were taken by India-based brands, which captured more than half of the total TWS market. Indian brands were very quick in terms of upgrading their product portfolio," Jain informed.

boAt led the market with a 34 per cent share, while Noise captured the second spot for the second consecutive quarter. The premium segment (more than Rs 5,000 or $65) registered 53 per cent YoY growth in Q1 led by Apple, Samsung and Sony, the report mentioned.

(The above story first appeared on LatestLY on May 12, 2022 05:17 PM IST. For more news and updates on politics, world, sports, entertainment and lifestyle, log on to our website latestly.com).