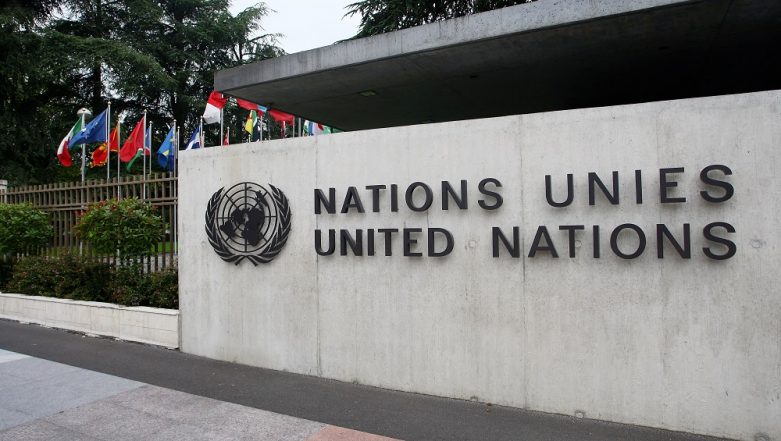 United Nations, August 23: A young climate activist from India is among 100 outstanding climate champions selected from around the world for a special 'Green Ticket' that will help them travel to the UN headquarters next month to participate in the first-ever Youth Climate Summit, a platform for young leaders to showcase their solutions for climate change on a global stage. Greta Thunberg, 15-Year-Old Climate Change Activist to Sail on Zero-Carbon Yacht to America for UN Climate Talk.

Vishnu P R, from Thiruvananthapuram, Kerala, is the CEO of 'Change Can Change Climate Change (C5) Foundation', an organisation focused on climate change mitigation and adaptation projects. C5 is a youth-led initiative that was originally designed as a sustainable volunteer development platform which will be a model for the whole nation starting from Thiruvananthapuram, which has now become a platform with more than 10,000 registered youngsters in the district, the UN said.

These projects are operated by creating financially sustainable eco-friendly business models which are seed funded by CSR initiatives and every component operates as sustainable business units and will become self sustainable in the future, thereby creating a social entrepreneurship incubation platform for young entrepreneurs who are working in climate change sectors.

The 100 'Green Ticket' winners, all outstanding young climate champions, will join the more than 500 young climate leaders selected to participate in the first-ever Youth Climate Summit at the UN on September 21. The Summit will provide a platform for young climate leaders to showcase their solutions on a global stage and engage directly with decision-makers on the defining issue of climate change. Youth leaders will present the discussions of the Youth Climate Summit at the high-level Climate Action Summit on September 23 hosted by UN Secretary General Antonio Guterres during the high-level General Assembly session. Who Is Greta Thunberg and Why Has She Been Nominated for the Nobel Peace Prize?

The ‘Green Ticket' winners will receive funded travel as carbon-neutral as possible to New York to attend the Youth Climate Summit, after being selected from a group of over 7,000 applicants between the ages of 18 to 29, based on their demonstrated commitment to addressing the climate crisis and advancing solutions. Recipients represent countries from all regions.

Guterres congratulated Green Ticket recipients and all successful applicants in a video message, saying, “I appeal to young people around the world to follow the Summit online and to be drivers of climate action in their own countries.”

Young people unable to attend in person are encouraged to participate in the 'My Future Our Planet' campaign by sharing a selfie video on Twitter or Instagram with the phrase “Youth #ClimateAction Summit”, declaring what actions they are already taking to fight climate change and asking their leaders to take climate action now.

The Youth Climate Summit will feature a full-day of programming that brings together young activists, innovators, entrepreneurs, and change-makers who are committed to combating climate change at the pace and scale necessary, as demonstrated by science. It will be action-oriented, intergenerational, and inclusive, with equitable representation of young leaders from all walks of life. It is a key milestone ahead of the Secretary-General's Climate Action Summit, which is calling on leaders from government, business and civil society to boost efforts to tackle climate change and comes just one day after the Global Climate Strike on September 20.

With the devastating impacts of the climate crisis being felt right now in all countries, the Secretary-General is convening leaders in New York to spark the transformation that is urgently needed to achieve the objectives of the Paris Agreement and deliver on the Global Goals. He has called for bold actions and concrete plans for carbon neutrality by 2050.