Europe Warns US Not to Escalate Tensions With Iran 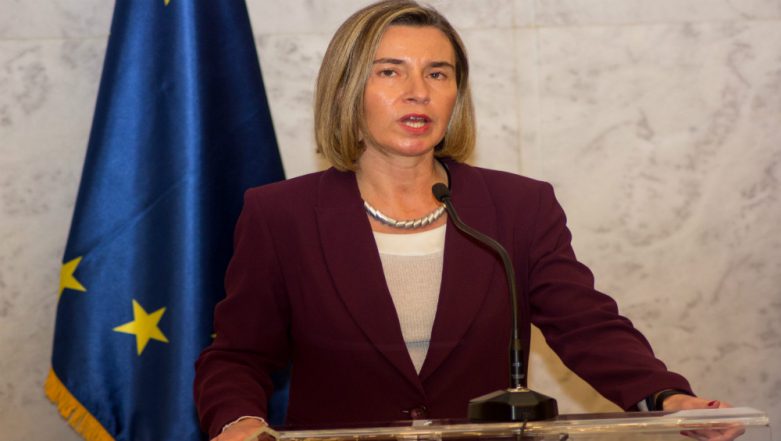 Brussels, May 14: The European Union (EU) and member states' foreign ministers told US Secretary of State Mike Pompeo to exercise maximum restraint and avoid any escalation on the military side with Iran, the EU's top diplomat Federica Mogherini said.

"Mike Pompeo heard that very clearly from us, not only from myself, but also from the other ministers of EU member states, that we are living in crucial, delicate moments, where the most responsible attitude to take is -- and we believe should be -- maximum restraint, and avoiding any escalation on the military side," Xinhua quoted Mogherini as saying to reporters on Monday. US-Iran Tension Escalates: Trump Regime Sends Patriot Air Defence Missile System, Warship to Middle East.

During a meeting with France, Germany and the United Kingdom, "we discussed the ways in which we can further advance on the for instance the operationalisation of INSTEX to have first transactions in the hopefully next few weeks," she said.

INSTEX, short for the Instrument in Support of Trade Exchanges, is established by three shareholders -- France, Germany and the United Kingdom -- and backed by the EU to overcome US sanctions and conduct trade with Iran.

"There is full determination on the EU side and also all the member states expressed that very clearly on continue to implement in full the nuclear deal with Iran," she said.