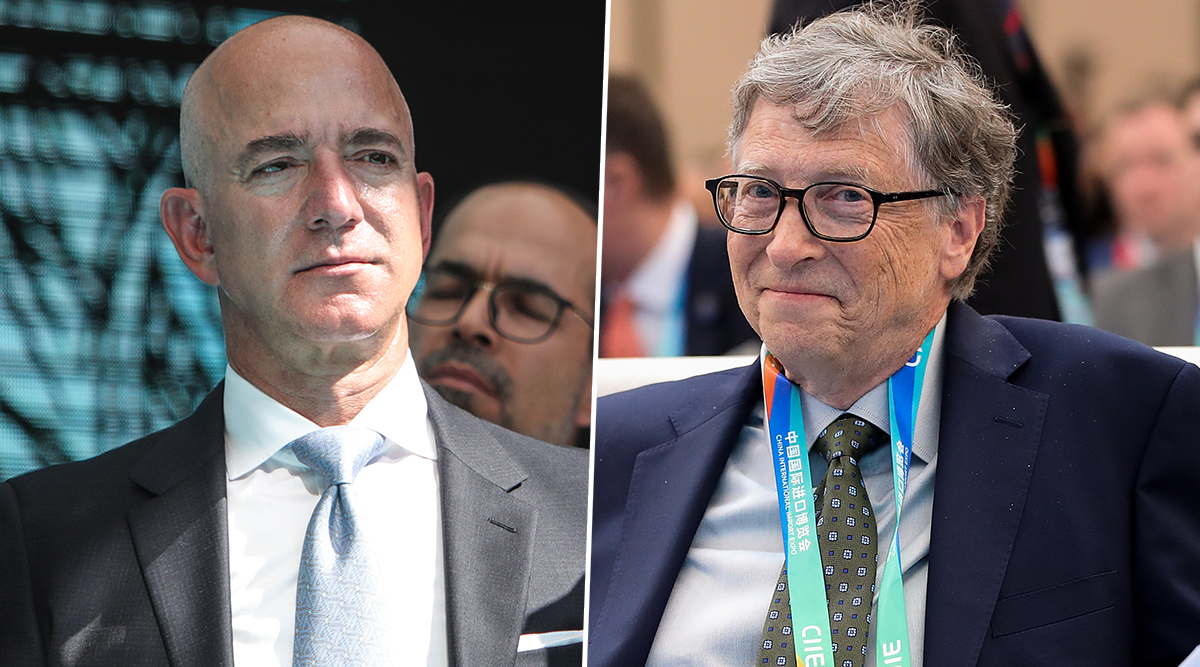 On October 25, though shares of Amazon fell compared to Thursday’s market close, the drop was not that steep. According to a report published in Forbes, Amazon shares fell one percent to USD 1,760.78 in after-hours trading on Friday, due to which Bezos’ net worth jumped to USD 109.9 billion. Gates is now USD 4.1 billion behind Bezos. As per the report, Bezos could lose the number one spot once more as Amazon continues to invest heavily in infrastructure to support one-day shipping. Amazon Founder Jeff Bezos Finalizes Divorce With USD 38 Billion Settlement: Report.