Pakistan Senator Mushahid Hussain Sayed has said that the country's Prime Minister Shehbaz Sharif will take the China-Pakistan Economic Corridor (CPEC) forward with new vigour and vitality, and in a rejuvenated manner, ensuring multifaceted development of the flagship project of the Belt and Road Initiative (BRI), Express Tribune reported. 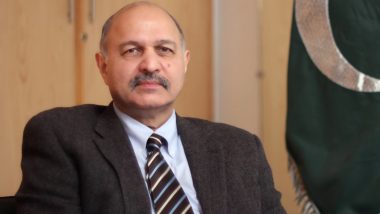 Discussing the future of bilateral relations and cross-border collaboration, the senator said that the newly-elected premier met the acting Chinese envoy on his first day in office to reiterate the importance of Pakistan's relationship with China and to express conviction to take CPEC ahead.

Mushahid said that China had a very old and long-standing relationship with Shehbaz because when BRI was launched with CPEC as its centrepiece, it was taken forward by then Prime Minister Nawaz Sharif and then Chief Minister Shehbaz, Express Tribune reported. Pakistan: Chinese Workers Trafficking Minority Community Girls in Garb of CPEC.

He said that under the new government, there will be broad-based acceleration in Pakistan-China relations in all domains.

"China is number one, in terms of foreign policy priority, which the prime minister made clear when he listed the list of countries, and his formulation has been warmly welcomed in China, so we have no doubt," he added. The senator said that China is the only country for which there is across-the-board national consensus, and the entire political leadership considers it to be Pakistan's number one friend.

"So, China's friendship is the cornerstone of Pakistan's foreign policy, and I see this relationship being further developed and taken to new heights of development," he added.

Responding to a question about continued momentum of CPEC projects, he said that the first phase of the flagship project was completed while Nawaz was still in power.

(The above story first appeared on LatestLY on Apr 18, 2022 03:26 PM IST. For more news and updates on politics, world, sports, entertainment and lifestyle, log on to our website latestly.com).