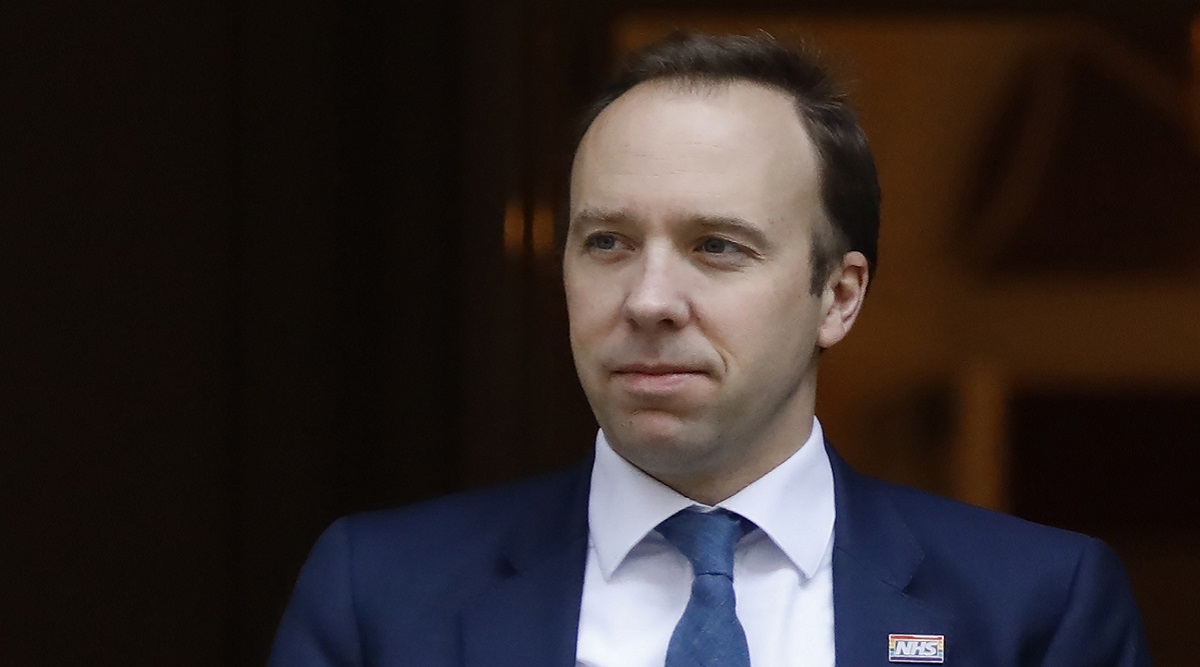 London, March 27: Matt Hancock, the Health Secretary of United Kingdom, tested positive for the novel coronavirus on Friday. A statement was issued by him on social media, confirming himself as COVID-19 positive, shortly after Prime Minister Boris Johnson announced that he has also contracted the virus. Both the top UK leaders would remain quarantined in self-isolation for the next few days. Indian PM Narendra Modi Stands in Solidarity With UK PM Boris Johnson.

Hancock, in an update on Twitter, said he has been detected with mild symptoms and recommended to stay in self-isolation till he recovers. "Following medical advice, I was advised to test for coronavirus. I've tested positive. Thankfully my symptoms are mild and I'm working from home and self-isolating," Hancock said.

Following medical advice, I was advised to test for #Coronavirus.

Vital we follow the advice to protect our NHS & save lives#StayHomeSaveLives pic.twitter.com/TguWH6Blij

The Britain is facing a mammoth crisis due to the coronavirus outbreak, with over 12,000 people being infected to the virus, and 578 succumbing to death so far. A national lockdown has was imposed in the UK last week to prevent the further transmission of virus through human-to-human interaction.

Johnson also made the announcement by posting a video on Twitter. The UK premier said, despite being in self-isolation, he would be monitoring the situation of the mammoth health crisis which has hit the country. "Over the last 24 hours I have developed mild symptoms and tested positive for coronavirus. I am now self-isolating, but I will continue to lead the government’s response via video-conference as we fight this virus," he said.

Globally, the pandemic has claimed over 24,000 lives and infected more than 500,000 persons. The worst affected is Italy where the death toll has neared the 8,000-mark, followed by Spain, China, Iran and the United States. The G20 group of nations, which convened an emergency virtual summit on Thursday, pledged to inject $5 trillion in the global fight against coronavirus.