The global economy could grow by "nearly 6 per cent" this year, the Organization for Economic Co-operation and Development (OECD) said on Monday, while warning that recovery from the COVID-19 pandemic-related losses will be "very uneven". 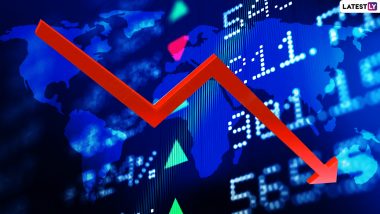 Paris, May 31:  The global economy could grow by "nearly 6 per cent" this year, the Organization for Economic Co-operation and Development (OECD) said on Monday, while warning that recovery from the COVID-19 pandemic-related losses will be "very uneven".

Growth will be driven by the world's three main economic powers, with China's gross domestic product (GDP) set to expand by more than 8 per cent, dpa news agency quoted the Paris-based OECD as saying in its 2021 Economic Outlook.  China’s Economy to Face Serious Problems Despite Recovery: China Corporate Payment Survey 2021

The US should be close behind, registering nearly 7 per cent GDP growth, with the European Union clocking a higher-than-usual 4.25 per cent.

But while this year's projected rebound would amount to "an impressive surge after the 3.5 per-cent contraction in 2020" it is unlikely to return living standards "to the level expected before the pandemic" by the end of next year, the OECD said.

It also noted that pandemic-related curbs have made it more difficult to estimate GDP and "may have reduced the comparability of economic outcomes across countries".

The OECD said it while it was "very encouraging" that some governments provided "unprecedented" support for businesses forced to close by pandemic restrictions, it warned that most countries do not have the means for such spending, meaning "headwinds" remain for global growth.

Developing countries "have less policy capacity to support activity than advanced economies", the OECD said, meaning that weighed against pre-pandemic expectations, "output shortfall" in developing economies could be "more than twice that in the median advanced economy" by the end of 2022.

A "disturbing" scarcity of coronavirus vaccines in poorer countries could sharpen the divide, the Organization added.

(The above story first appeared on LatestLY on May 31, 2021 04:55 PM IST. For more news and updates on politics, world, sports, entertainment and lifestyle, log on to our website latestly.com).