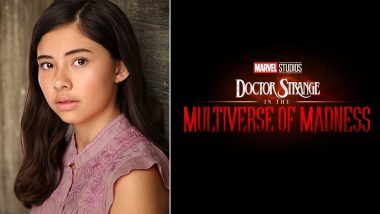 The plot details of the sequel are being kept under the wraps, hence, Gomez's role is not clear yet. The cast is also being joined by Elizabeth Olsen's Scarlet Witch. It is also expected that Benedict Wong and Chiwetel Ejiofor will be reprising their characters from 2016's 'Doctor Strange.' Doctor Strange and Spider-Man Meet Again, Benedict Cumberbatch All Set To Join Tom Holland’s Spider-Man 3

As per Variety, 'Doctor Strange,' has been delayed multiple times because of the coronavirus pandemic and is currently slated to debut on March 25, 2022.