A senior Catholic Bishop has alleged that atheist groups with wide networks in Kerala were targeting Catholic families and weaning away the churchgoing girls from the faith. 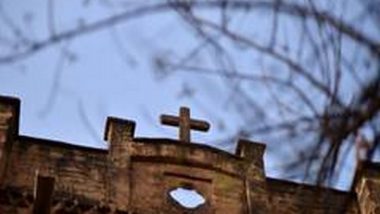 Thrissur, May 18: A senior Catholic Bishop has alleged that atheist groups with wide networks in Kerala were targeting Catholic families and weaning away the churchgoing girls from the faith. Lamenting that concerted efforts are being made to destroy the church by targeting priests, nuns, bishops and families, Archbishop of Syro-Malabar Catholic Archdiocese of Thrissur, Andrews Thazhath, has claimed that an officer of the special branch wing of the Kerala police briefed him four days ago about the activities of atheist groups in the state.

"The officer told me four days ago that a new group has emerged in Kerala --the atheist group. Small groups. It has got a wide network in Kerala. It attracts the non-believers. He told me that girls from your diocese have fallen in the trap of that group. They (the girls) are going to the church but end up in the hands of such groups," the Archbishop said, addressing a church convention here recently. The aim of such groups is to destroy the church, he alleged. Tomato Fever: Tamil Nadu Govt Steps Up Vigil on Border As the Flu Spreads in Kerala.

His statement comes months after another senior Catholic Bishop of the Syro-Malabar Church courted controversy by alleging that Christian girls were falling prey to the "love and narcotic jihad" in Kerala and wherever arms cannot be used, extremists were using such methods to destroy the youth. Muslim organisations had come out strongly against Pala Bishop Joseph Kallarangatt's "love and narcotic jihad" remarks urging him to withdraw it but the priest stood by his statement.