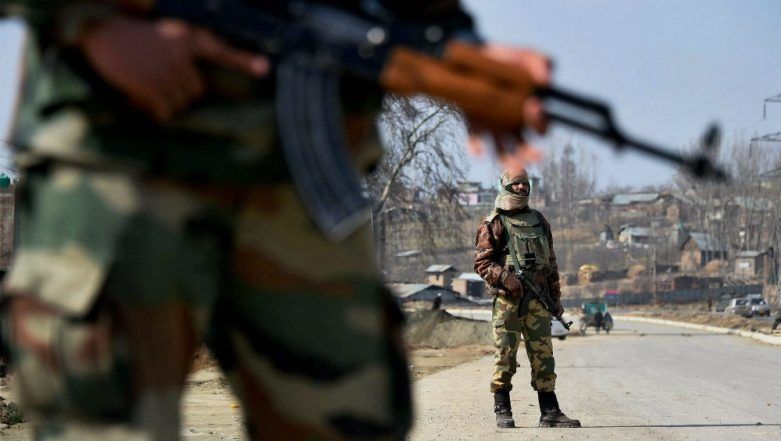 Poonch, September 8: Due to the continuous unprovoked ceasefire violations by Pakistan along the LoC in Jammu and Kashmir, the locals in bordering districts like Poonch are living in an atmosphere of fear and are demanding the Centre to come up with a solution to get rid of this menace.

Speaking to ANI, a local named Mohammad Qasim stated that the cross border firing has forced people in the district to stay indoors."Almost every other day firing is taking place here from the Pakistani side. There is an atmosphere of terror. The parents are afraid while sending their children to school as they worry for their safety," he said. Jammu And Kashmir: Pakistan Violates Ceasefire in Rajouri, Indian Army Hits Back.

Meanwhile, another local, Sanjeev Kumar has requested the Narendra Modi-led central government to take measures to ensure that the normal life is not affected.

"We request the Modi government to make some arrangements so that the life of people living on the border is not affected," Kumar said. He continued, "During the firing, many small children get traumatised. In this atmosphere, neither we do any household work, neither we go out. Even cars and trucks stop plying on the road.

"Pakistan on Saturday violated ceasefire in Poonch district which led to a befitting response by the Indian Army. Last week, Pakistan indulged in unprovoked cross border firing in the district due to which an Indian Army soldier had lost his life.