Concerned with the flagging environmental conditions and heavy reliance on crude oil imports, the government has set an ambitious target for electric vehicles. The battery swapping policy announced by Finance Minister Nirmala Sitharaman in budget 2022, is aimed at giving a big boost to this policy only, and further details of the policy are expected to be coming soon. 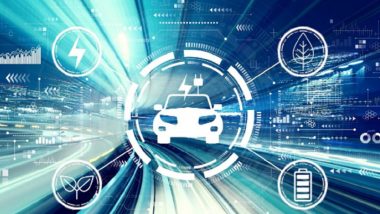 Concerned with the flagging environmental conditions and heavy reliance on crude oil imports, the government has set an ambitious target for electric vehicles. The battery swapping policy announced by Finance Minister Nirmala Sitharaman in budget 2022, is aimed at giving a big boost to this policy only, and further details of the policy are expected to be coming soon.

Under battery swapping policy, a discharge battery would be swapped for a fully charged one, as charging takes a few hours, which is a bit restrictive, especially for the people always on the move and the vehicles engaged in e-commerce activities, since they are bound by time constraints. Clearly, battery swapping policy, owing to its cost effectiveness, will give a big boost to urban mobility and e-commerce businesses.

EV is presently considered a viable option for only short distances and inter-city travel, but battery swapping policy is going to change this notion, as battery swapping is going to be much easier than changing a tyre in the car. Inspired by the move of the government, several start-ups are already working on this and encouraging results are coming out. Vikas Yogi, an auto experts and CEO of IndiaCarNews (ICN) says, in the short run this policy may be effective for only two and three wheelers, but in the long run, it will be equally effective for cars also and subscription based service would be available for all kinds of vehicles.

Presently, the issue of charging stations not being in adequate number, remains a concern for those wishing to have an electric vehicle, besides the cost factor involved in the process. In between, establishing Public Charging Stations (PCS) is also confronting constraint of space in urban areas, which appears to have majorly inspired the government to go in for this battery swapping policy.

To bolster the battery swapping policy, private sector will also be encouraged to develop sustainable and innovative business models for the plan. This will further improve efficiency in the EV eco-system.

However, to make this policy a success, the government needs to formulate certain rules, under which car companies share their technologies around batteries, and ample supply of lithium and cobalt is also ensured. The use of removable batteries needs to be encouraged by the car companies and a subscription service model is coming up in several cities for two and three-wheelers.

To further inspire the use of electric vehicles, the power ministry has very recently revised the EV charging-related rules. Under the new rules, EV charging is allowed using existing electricity connections in offices and homes. Now private entities are able to set up public charging stations (PCB) through bidding.

The data provided by the ministry of road transport and Highway suggests that the total EV registered in the country is around 9, 75,000. To encourage this number the government does give subsidies to the EV buyers.

Earlier, the Town and Country Planning Organization under the Ministry of Housing and Urban Affairs, Government of India, came out with detailed guidelines in this regard, saying the plan of electric mobility is for the next 30 years. Considering long-term implications, the Government plans to have charging stations not only within the local urban spaces, but also within the building premises of all building types and parking areas.

(The above story first appeared on LatestLY on Feb 15, 2022 08:25 PM IST. For more news and updates on politics, world, sports, entertainment and lifestyle, log on to our website latestly.com).