Royal Enfield Scheduled to Launch a New Motorcycle in India on August 28; Could It Be Classic 350 Pegasus? 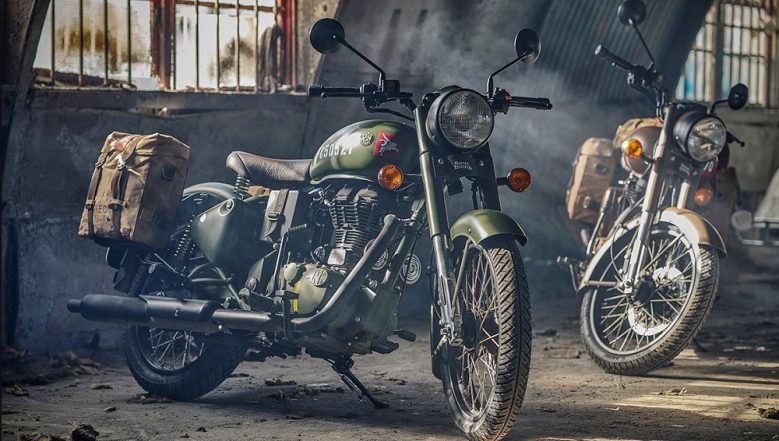 Royal Enfield, a legendary two-wheeler manufacturer will be launching a new motorcycle on August 28 at an event in Pune. The Chennai-based company has started sending out invitations to the media. According to the market reports, it is speculated that the company might launch the new dual-channel ABS-equipped motorcycles under its Classic range of motorcycles. 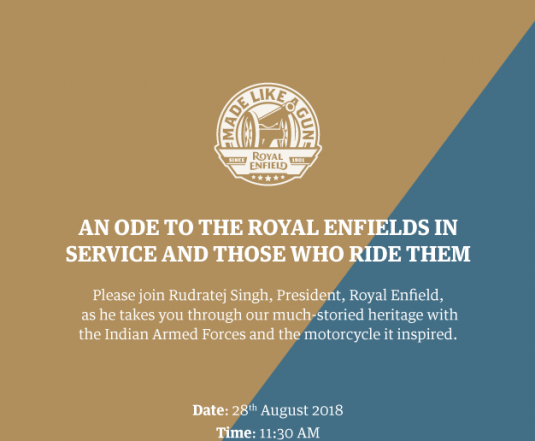 The media invite mentions, “An ode to the Royal Enfields in service and those who ride them. Please join Rudratej Singh, President, Royal Enfield, as he takes you through our much-storied heritage with the Indian Armed Forces and the motorcycle it inspired.”

Moreover, a set of images emerged online on the forum page of Teambhp, which revealed that the upcoming motorcycle will be offered in 2 colour options. According to the images, the motorcycle will flaunt a matte paint scheme with blacked-out engine, headlight mask, wheels, and exhaust. The images further reveals that the motorcycle will carry rider-only saddle with brown leather seat cover. Ducati Scrambler 1100 Motorcycle Slated to Be Launched in India on August 27.

As far as the engine specifications are concerned, the company has not confirmed any details about the powertrain. However, the new motorcycle will share the same engine options seen on the regular Classic models - 350cc and 500cc. The smaller 350cc engine is a single cylinder air cooled unit tuned to produce 19.8 bhp of max power with peak torque of 28Nm. On the other hand, the bigger 500cc engine is also a single cylinder air-cooled unit claimed to make 27.2 hp and 41.3 Nm of max power. It is the same engine that was offered on the limited edition Royal Enfield Classic 500 Pegasus. Both the units comes mated to a 5-speed gearbox. Hero Xtreme 200R Motorcycle Launched in India at Rs 89,900; Features, Specifications, Bookings, Colours & More.

Currently, there are no official details on the new motorcycle from the end of the bike manufacturer. Moreover, another limited edition motorcycle from Royal Enfield won’t be a surprise. Expect more details to be revealed about the motorcycle as we approach the India launch.