The Anonymous App Built To Maintain Privacy, Users Are Flocking to Questi

Questi, rated 4.9 out of 5 stars, is available for download on Google Play on Android and the App store on iOS. Users like @Berndcooman rave that it is an “Amazing app to connect and get a bigger perspective on how people think and what they want from life.” 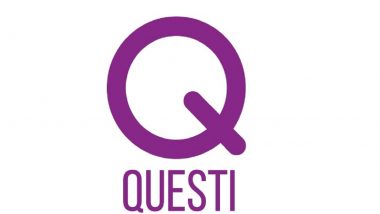 San Francisco, California, January 28, 2021 – Questi, a social media app that maintains user  anonymity and privacy, announced today that their user base has been growing throughout  recent pandemic-related shutdowns and social distancing. The question-and-answer based  app was built by UC Davis student Abhiman Reddy whose mission was to encourage social  interaction while eliminating awkwardness and gaining authenticity.

“Questi is a fun and different way to interact.” Said Reddy, “Unlike other platforms with a Q  and A format like Yik Yak and Whisper, you don’t post about yourself upfront. Instead, the app  is based around you interacting by answering questions that other people ask you or posting  questions for other people to answer about themselves.”

Questi’s unique format is thought to promote a more authentic interaction than other social  media platforms because of its ability to maintain user privacy throughout the experience.

“Social media apps tend to have a very high vanity factor, where people post look-at-me type  content and amass huge followings that make people seem unapproachable.” Commented  Reddy, “But with Questi, the person asking the question is interacting without any superficial  factors like photos, videos or filters. When they ask a question, they remain anonymous  forever. We create the space to really get to know someone on a personal level and remove  all the barriers that make meeting new people awkward.”

To prevent cyberbullying and circumvent trolls, Questi employs Artificial Intelligence that  blocks rude or inappropriate questions or comments. With AI in place, the app can detect and  weed out behaviour that is against Questi’s terms of use. “For instance, a user asking  something like ‘why are you fat’ would get a prompt saying, ‘don’t be rude’ and the question  would not be delivered. This keeps our community safe and our users protected from abuse.”  Said Reddy.

Questi, rated 4.9 out of 5 stars, is available for download on Google Play on Android and the  App store on iOS. Users like @Berndcooman rave that it is an “Amazing app to connect and  get a bigger perspective on how people think and what they want from life.”

For a completely new take on getting to know people, download Questi and start asking  questions today.

Questi is a fun social media application that seeks to deliver authentic and first-person  interaction between a user and his/followers. It works through a Q and A Format. Each user  can ask a question and answer a question. Whoever asks the question remains anonymous  forever. Now you can ask anyone anything without the fear of being noticed. Questi is the  perfect way to ask someone personal questions that you might not be able to ask them face  to face.