Flashback Friday: Did You Know Salman Khan was a Part of a Music Video Even Before he Signed Maine Pyar Kiya? 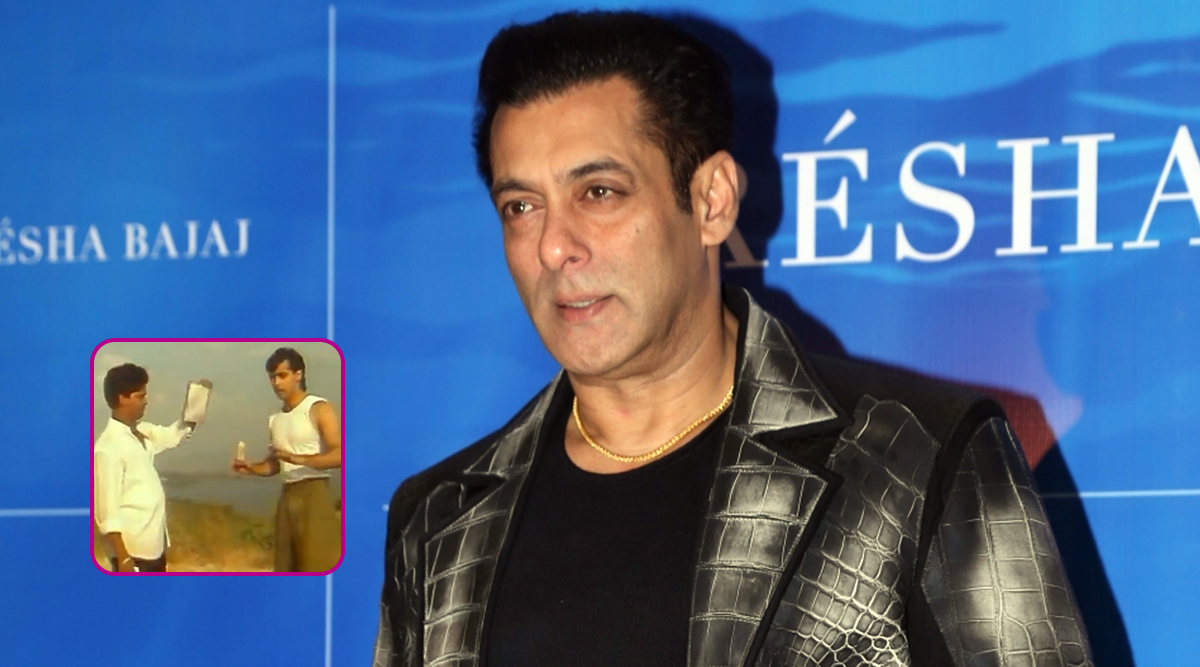 We wonder if Salman Khan would like to take a trip down the memory lane and revisit his debut in a music video. This was way back in the late 90s when he was about to foray into Bollywood as the main lead in Maine Pyar Kiya. Probably, the music video was right after his debut in Biwi Ho To Aisi where he had more of a supporting role. While we were equally shocked to come across this tweet, this was a happy reminder of his days when he was still on his way to becoming a star. Salman Khan Finally Reacts To Radhe: The Most Wanted Cop Vs Akshay Kumar’s Laxmmi Bomb Clash!

Going by this short clip seems like the Dabangg star had a cameo wherein he played an actor. The song titled 'Jugni' was a Punjabi track sung by Sukhwinder Singh. You can see a young Salman getting ready for his shoot when the girl comes in being visibly starstruck by him. Salman's Maine Pyar Kiya was his ticket to stardom and he should thank his stars for bagging a Sooraj Barjatya movie after a debacle that his debut movie was. Ahead of Dabangg 3 Release, Salman Khan Already Announces Dabangg 4!

Check Out Salman Khan in a Debut Music Video

. @BeingSalmanKhan's first ever music video. This was even before MPK. Jugni track sung by Sukhvinder singh

Interestingly, Salman Khan's father, Salim Khan never thought his son had any good looks to be an actor. He was, in fact, keen on letting him be a director while his brothers would be the actors. Destiny definitely had some different plans in its store for Mr Khan and the rest is history. However, next time Salman decides to make his debut like Akshay Kumar in a music video, he should know, it won't be his debut really!