How much do Padmaavat's blockbuster success and FAN's debacle weigh into this? 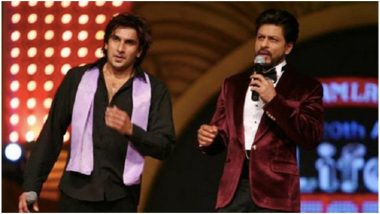 More than two decades ago, Aditya Chopra made a grand debut as a director with what turned out to be Bollywood's longest running movie of all time. The movie was Dilwale Dulhania Le Jayenge, and it cements its male lead, Shah Rukh Khan as a superstar and also cemented SRK-Kajol jodi in our hearts. Aditya Chopra was seen as the next best thing in the industry and people were eager to hear about his future projects. He later made two more movies, both starring Shah Rukh Khan. Both Mohabbatein and Rab Ne Bana Di Jodi (that marked the debut of Anushka Sharma) did not get elicit the same kind of response from  the critics and the masses like DDLJ, but they were hits.

And then in a surprise turn, he signed on Ranveer Singh to play the male lead in Befikre, a raunchy romantic entertainer that was aimed at the young crowd. While Shah Rukh Khan would have never been the right fit for such a role, it did hint at a change of how the wind is blowing. There were murmurs that Aditya Chopra had a soft corner for Ranveer who had made his debut with Yash Raj Films with the movie, Band Baaja Baaraat.

However, Befikre turned out to be the first true dud for Aditya Chopra. There were speculation later that he would be working on a period drama that would reunite him with his first hero, Shah Rukh Khan. But the project didn't move beyond gossips and speculations.

Now as per a scoop by Subhash K. Jha in Bollywood Hungama, Aditya Chopra is actually in talks with Ranveer again to play the lead in the next. However, this time, it will not be a sexually charged movie like Befikre. The article quotes sources from within Yash Raj Films saying, “Adi and Ranveer have met and extensively discussed their next film together. It will be a contemporary theme. But not sexually charged film like Befikre. It will be more in the tradition of Yash Raj Films. Ranveer will play a sweet lovable family guy whom everyone from the Daadi to the Daddy to the Didi dotes on.”

This begs us to ask this - has Ranveer Singh now replaced Shah Rukh Khan as Aditya Chopra's favourite hero? How much do Padmaavat's blockbuster success and FAN's debacle weigh into this? Or should we wait till the studio makes an official announcement over this? Let's wait...

(The above story first appeared on LatestLY on Mar 13, 2018 11:17 AM IST. For more news and updates on politics, world, sports, entertainment and lifestyle, log on to our website latestly.com).