Here's what Irrfan Khan's son, Babil said when an Instagram user asked him to unfollow all the star kids on social media. Check it out. 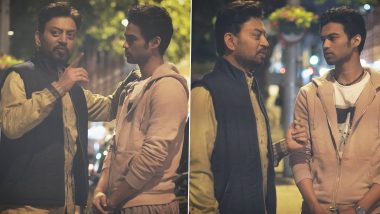 2020 has been really hard for the entertainment industry. As it has lost many gems namely Irrfan Khan, Rishi Kapoor, Wajid Khan and the most recent one Sushant Singh Rajput. However, it's the Chhichhore actor's demise which has started a whole new debate online over nepotism. Owing to the same, many star kids have also seen a decrease in their social media followers. Netizens feel that it's because of a few Bollywood biggies, Sushant felt like an 'outsider' and so he ended his life. Recently, late actor, Irrfan Khan's son, Babil was also urged by a fan to unfollow star kids and his reply to the same is winning hearts. Sushant Singh Rajput’s Death: Irrfan Khan’s Son Babil Mourns the Loss, Gives Out a Strong Message for Mental Health Management (View Post).

It so happened that Babil took to his Instagram and expressed grief over Sushant's death by sharing an unseen pic of the late actor. However, a fan on the same post commented and asked Babil to boycott all the social media handles of star kids as it's the people who have made them popular. But Babil took a stand and replied how 'there are two sides of the same coin.' Sushant Singh Rajput No More: Shah Rukh Khan Mourns His Demise, 'He Loved Me So Much, I Will Miss Him So Much'.

Check Out The Screengrabs Below: 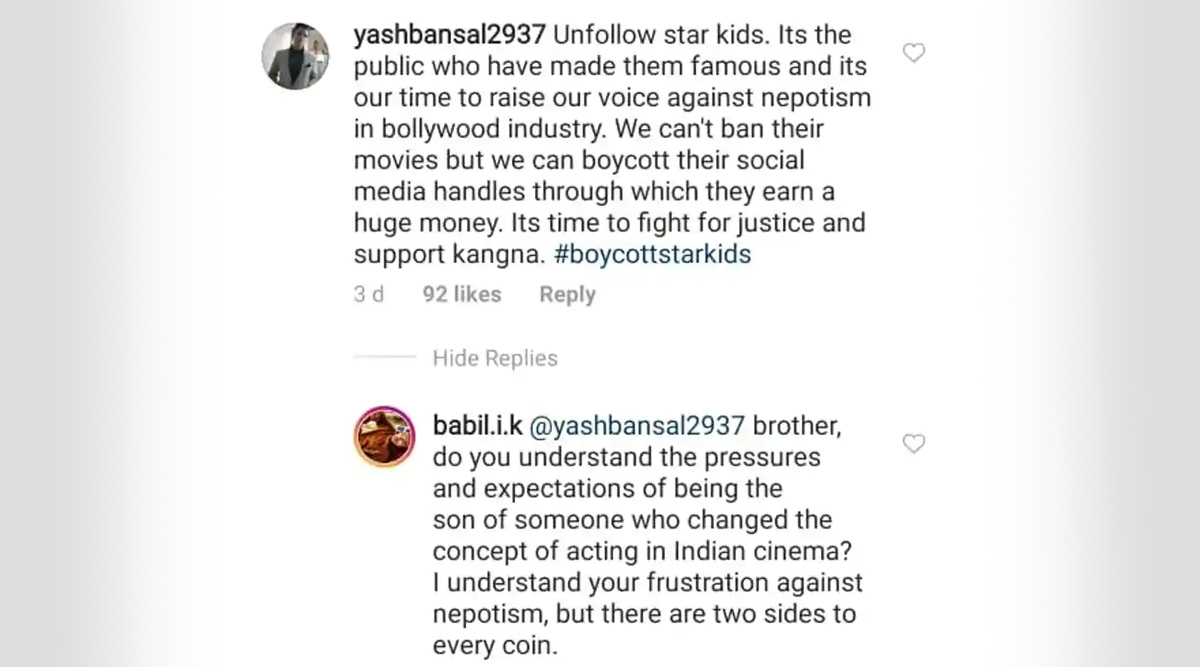 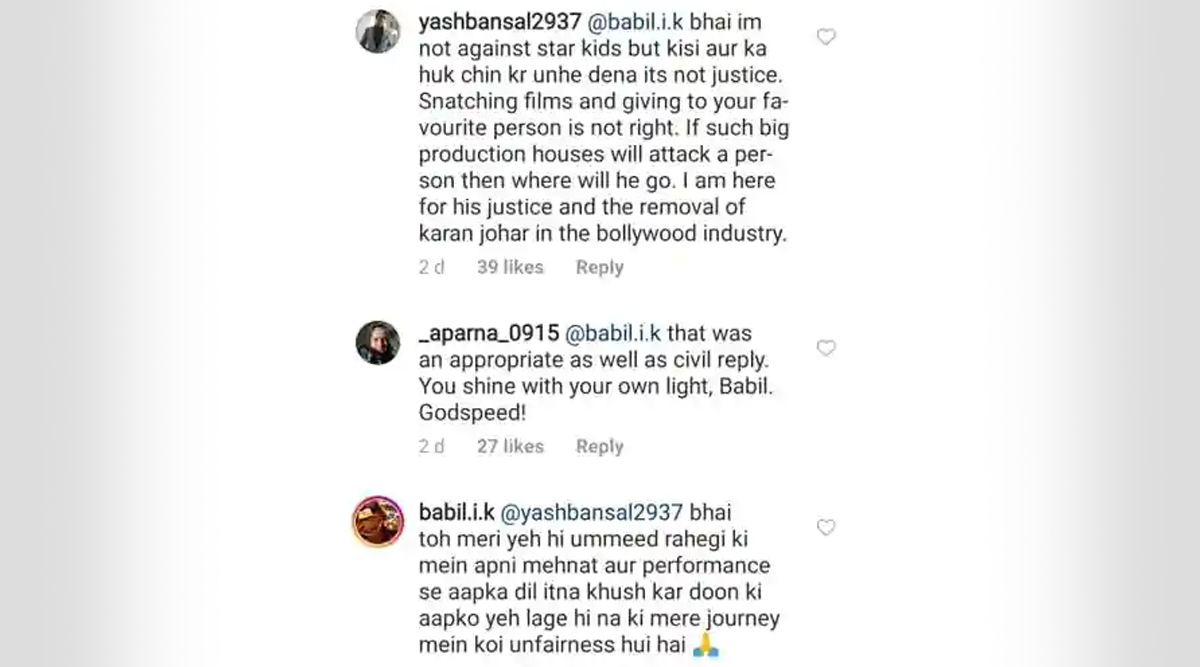 Being positive and not entertaining trolls is the best thing one can do amid such tragic times in the industry and we are glad that Irrfan's son did the same. Looks like just like his father, even Babil is a mature man and knows how to handle online trolling. Stay tuned!

(The above story first appeared on LatestLY on Jun 19, 2020 06:58 PM IST. For more news and updates on politics, world, sports, entertainment and lifestyle, log on to our website latestly.com).