Kangana Ranaut Pens ‘Aasmaan’, An Ode to a Love Lost, Tears Gained and a Symphony of Leftover Emotions (Watch Video) 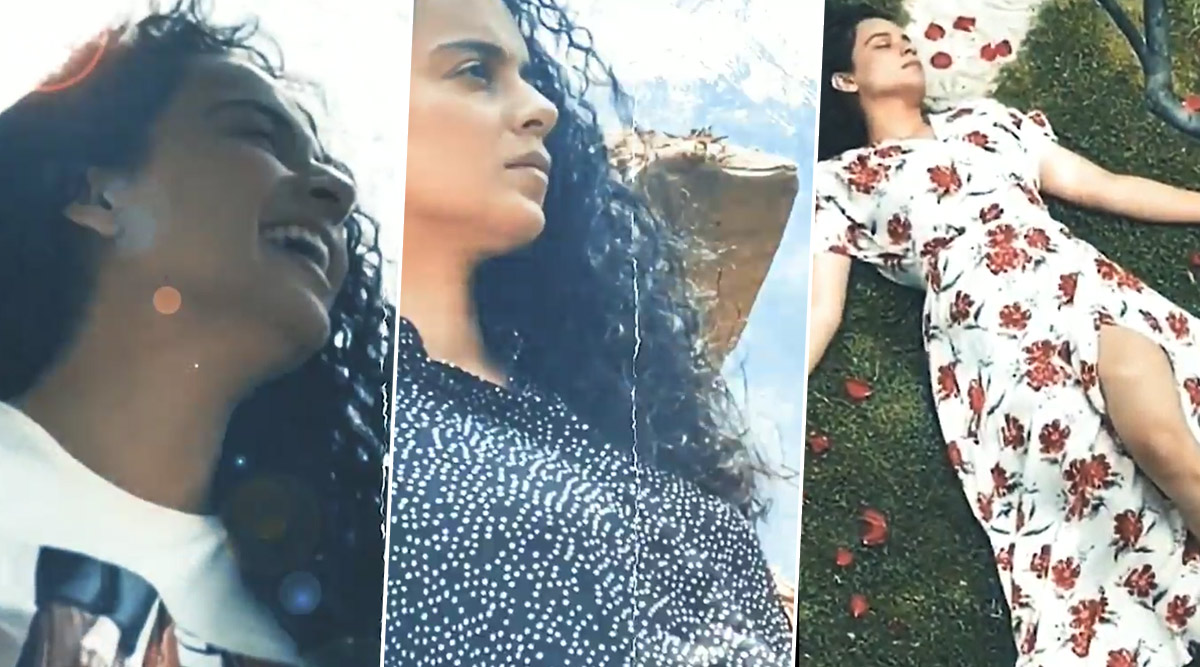 Bollywood actress Kangana Ranaut is currently in her hometown Manali where she is quarantining with her family. Amid this grim phase, seems like the Manikarnika star wants fans to know what's inside her heart. As recently Kangana released a soothing poem titled as 'Aasmaan' which has been written and directed by her. The video of the poetry was shared by Team Kangana Ranaut on their official Instagram account and well after listening and watching the same, you will fall in love with the words. Kudos to the actress for capturing the beauty of Manali as it's mesmerising. Kangana Ranaut's Sister Rangoli Chandel Refuses to Tag Taj Mahal as a Symbol of Love, Calls it Creepy Instead.

Short and impressive, 'Aasmaan' takes you on a thoughtful ride amid the lockdown where the infinite Sky is used as an example. The poetry is surely an ode by the actress to a love lost, tears gained and a symphony of leftover emotions. Each word of the melody will strike a chord and will take you on an emotional journey like never before. This one also throws light on Ranaut's artistic talent which is beyond acting. Kangana Ranaut Birthday Special: All of Her Feisty and Fabulous Pantsuit Moments That Spell Business but Make It Fashion!

Check Out Kangana Ranaut's 'Aasmaan' Below:

#KanganaRanaut reveals another treasure from her innumerable talents. #आसमान was been penned and directed by her, and is truly food for thought in these testing times

The piece by the actress is just as beautiful as her. Meanwhile, on the professional front, Kangana Ranaut was last seen in Panga alongside Jassie Gill. Her next happens to be a  movie which is a biopic titled as Thalaivi and is based on the life of late Tamil Nadu CM Jayalalithaa. Coming back to 'Aasmaan', share your thoughts on the same in the comment section below. Stay tuned!