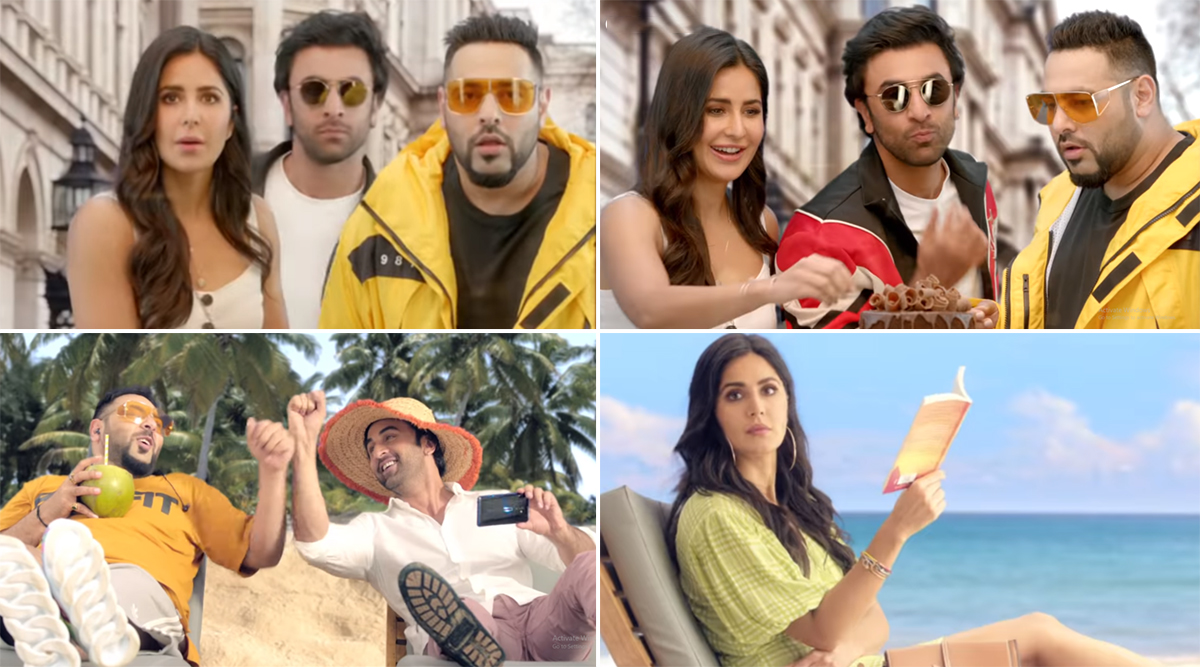 Katrina Kaif and Ranbir Kapoor were once the IT couple of Bollywood. Their on-screen chemistry might not have been strong enough to pull the audience to Jagga Jasoos but their presence can still products. No wonder they are still being approached to endorse brands together. In a new advertisement, Katrina and Ranbir can be seen selling a new smartphone to the audience. The ad also features Badshah with the duo. The new ad features the trio vacationing at a beach. Well, that is a throwback of sorts, since a beachy vacation is exactly how Kat and Ranbir's affair came to light. Arjun Kapoor Hilariously Trolls Katrina Kaif on Instagram With His 'Koffee on Takht' Comment and We Can't Stop Laughing!

It is tough to tell from the ad if Ranbir and Kat actually shot it together. Could have been the work of a green screen very easily. Well, we want a behind-the-scenes video as proof, if they did indeed shoot it together. Badshah hardly gets to do anything in the video. But we doubt people are even looking at him with Katrina and Ranbir in the frame. Alia Bhatt Joins Boyfriend Ranbir Kapoor As They Host A Homecoming Party For Rishi Kapoor - View Pics.

Check Out the New Ad Featuring Katrina and Ranbir Here:

On the professional front, Ranbir's last outing was Sanju, which was highly successful. The actor has had no films in 2019. He was supposed to end the year with a bang with Dharma Productions' Brahmastra, but the movie's release was postponed to 2020. The fantasy film stars Ranbir's current girlfriend, Alia Bhatt, as the female lead. Amitabh Bachchan, Mouni Roy and Akkineni also feature in the Ayan Mukerji directorial.

On the other hand, Katrina Kaif had a successful outing this year with Bharat. She starred with another ex-boyfriend, Salman Khan, in the movie. She will be next seen in Rohit Shetty's cop-drama, Sooryavanshi, with Akshay Kumar. She will feature in the remake of the uber-sexy song, "Tip Tip Barsa Pani", in the film.