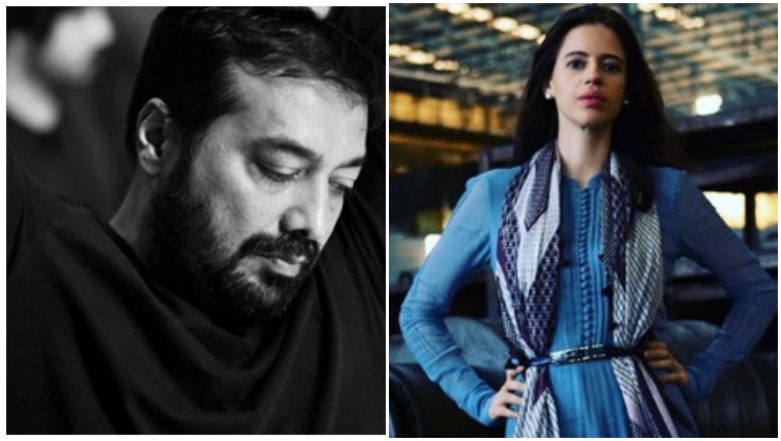 Kalki Koechlin is one of the finest actors we have in Bollywood. The actress made her onscreen debut with Dev.D and that’s how she met her ex-husband, Anurag Kashyap. Kalki essayed the role of Chanda in her debut film, which was directed by Anurag. The duo tied the knot in April 2011. However, the marriage did not last long, it lasted for two years. In November 2013 the couple issued a joint statement and announced that they have decided to part ways. But even after getting divorced, Kalki and Anurag maintained cordial relations with each other. But the kind of comments that the Made in Heaven actress had to deal with post-divorce, was something she chose to ignore. Siddhant Chaturvedi Says True MC Sher is His Father, Gully Boy Actor Opens Up to Humans of Bombay.

In an interview to Humans of Bombay, Kalki Koechlin reveals about the struggles she had to go through in the initial phase of her career and a lot about her personal life as well. She revealed, how the society linked her up with men every time she stepped out with them. Kalki was quoted saying,” When my ex-husband and I separated, I had to deal with the rumors. Every time I stepped out with a man, the media thought we were dating. Journalists would ask how my life was post-divorce, how was I handling my career and balancing it? Even concerned neighbour’s would ask my parents such questions. But I chose to ignore it.” Made in Heaven: These Funny Reactions to Sobhita Dhulipala and Arjun Mathur’s BRILLIANT Web Series on Twitter Desereve Your RT.

#Repost @officialhumansofbombay (@get_repost) ・・・ “My father hitchhiked from France to India & while he was living here, he met my mother. When they started a family, they were very much the locals of the city. My father taught hang gliding, while my mom taught French. I had an amazing childhood. For the most part, I was never aware that I was ‘white’. I didn’t feel like an outsider until much later. As I grew up, I noticed the difference. When I was a teenager, my friends & I would go on trips to the beach & people would approach me to buy drugs. I also had a nagging fear that I was being hit on because people thought I didn’t follow Indian customs. So I’d be extra nice with the aunties–make sure they knew I was just like my friends. As the years went by I realised I wanted to be an actor & went abroad to study. To sustain myself, I worked as a waitress & taught in schools while trying to juggle plays. Once I knew I was ready–I moved back home. I started going for auditions, I’d even carry an extra pair of clothes everywhere. But it was hard. I got many rejections & was typecast. After countless tries I finally got my first role in DevD! But that wasn’t enough to guarantee more work. For 2 years I had no offers. But I didn’t give up, I kept writing & acting in my own plays. And in 2011 I had 4 movie releases! The struggles never really end. When my ex-husband & I separated, I had to deal with the rumors. Everytime I stepped out with a man, the media thought we were dating. Journalists would ask how my life was post-divorce, how was I handling my career & balancing it? Even concerned neighbours would ask my parents such questions. But I chose to ignore it. So through all of this, I’ve learnt that the struggle is on-going. It can find you anywhere. But life goes on, you think it’s the end of the world just because something terrible happens, but you know you can deal with it. It will pass and tomorrow it will take care of itself! But it's amazing what you can get through! You sleep it off & begin again.” —- HoB with Amazon Prime Video India brings to you the real stories of people which showcase the good, the bad and the ugly – all that is a part of the chaos

Kalki Koechlin was last seen in the blockbuster film Gully Boy and is currently seen in the web series Made in Heaven, essaying the role of Faiza Naqvi. She will also be seen in CandyFlip, directed by Shanawaz NK.

Comments
Tags:
Anurag Kashyap CandyFlip DevD Humans of Bombay Kalki Koechlin Made In Heaven
Comments
You might also like