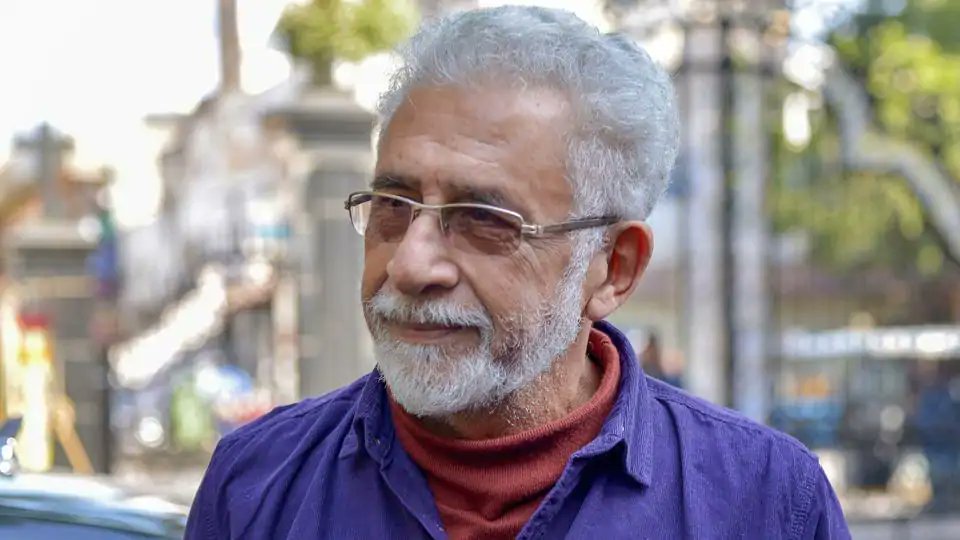 Naseeruddin Shah stars in the short film, The Wallet, and the veteran actor cannot seem to stop praising the film's debutant director Saumitra Singh. "Just as miniature is more difficult to make than a large canvas, short stories are more difficult than to write a novel, I feel short films are also difficult to make than feature films, since they have to be brief. "Among all the short films I have done in the past couple of years, I would recommend 'The Wallet', written and directed by Saumitra Singh, which is a very simple, sweet and moving story. I really enjoyed working on it even though it is helmed by a first-time director. He was very clear with what he wanted." Naseeruddin Shah’s Son Vivaan to Play Ragpicker in His Upcoming Film ‘Kabaad: The Coin’

The short film recently released on Jio Cinema and it features Shah with Navni Parihar in pivotal roles. The film narrates an incomplete love story of an elderly couple. Writer-director Saumitra Singh explained why every project was important to him: "Every project, every journey is a learning experience. Yes, it's often a roller coaster ride, but that's the fun of it. I feel grateful to have worked with great icons of our film industry like Naseeruddin Shah and Navni Parihar." Naseeruddin Shah’s Daughter Heeba Shah Allegedly Assaults a Vet Clinic’s Staff, Video Goes Viral.

"The Wallet" has garnered much appreciation in the festival circuit around the globe, winning over 50 awards across festivals.